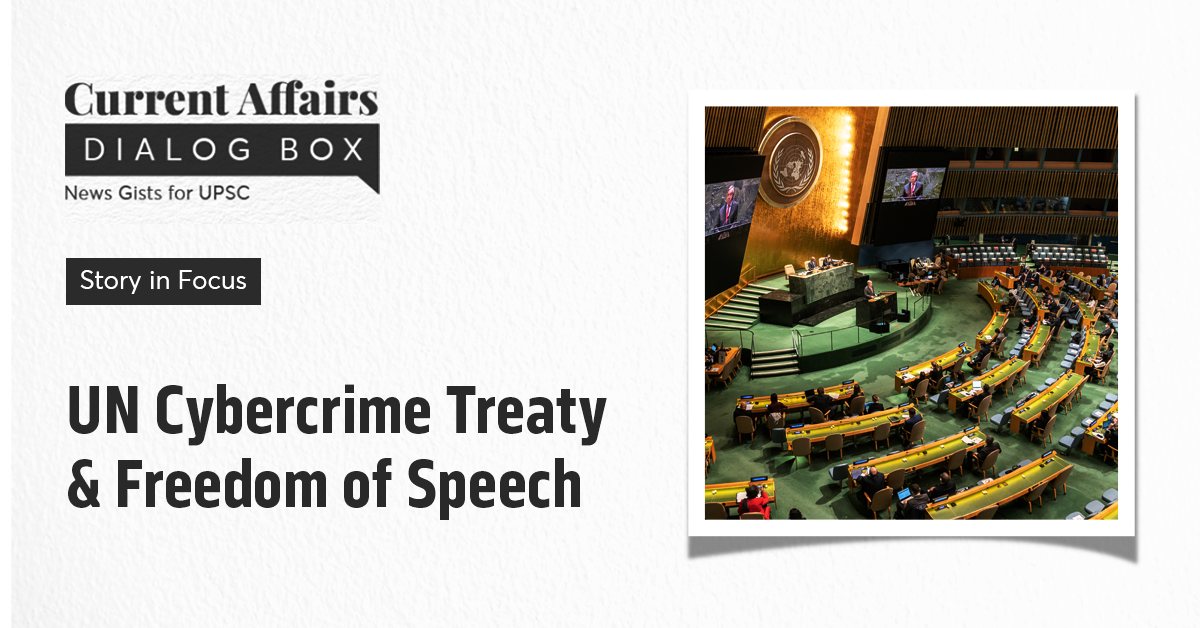 In today’s edition of our Current Affairs Dialog box, we will discuss UN Cybercrime Treaty and Freedom of Speech. Navigate through the blog to understand the topic in detail and enhance your UPSC Preparation.

Section 66A of IT ACT

Section 79 of IT Act