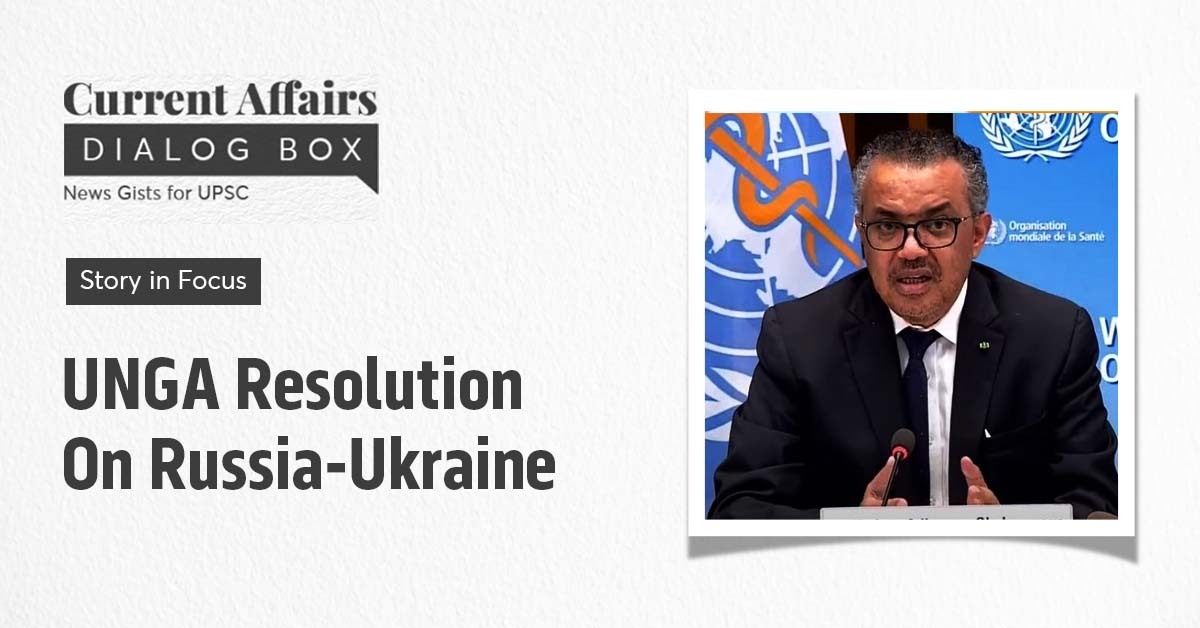 Recently, India has abstained from voting on the United Nations General Assembly (UNGA) resolution to condemn Russia’s invasion of Ukraine.

The United Nations is the one universal body we have, the one organization to which every country in the world belongs; if it is discredited, the world as a whole will lose an essential institution. Critically comment.

Key Points of the Resolution

Stand of Various Countries on the Resolution

Also read: How to Prepare International Relations for UPSC CSE