Viral Spillover Risk: Meaning and how it could lead to new Pandemics? 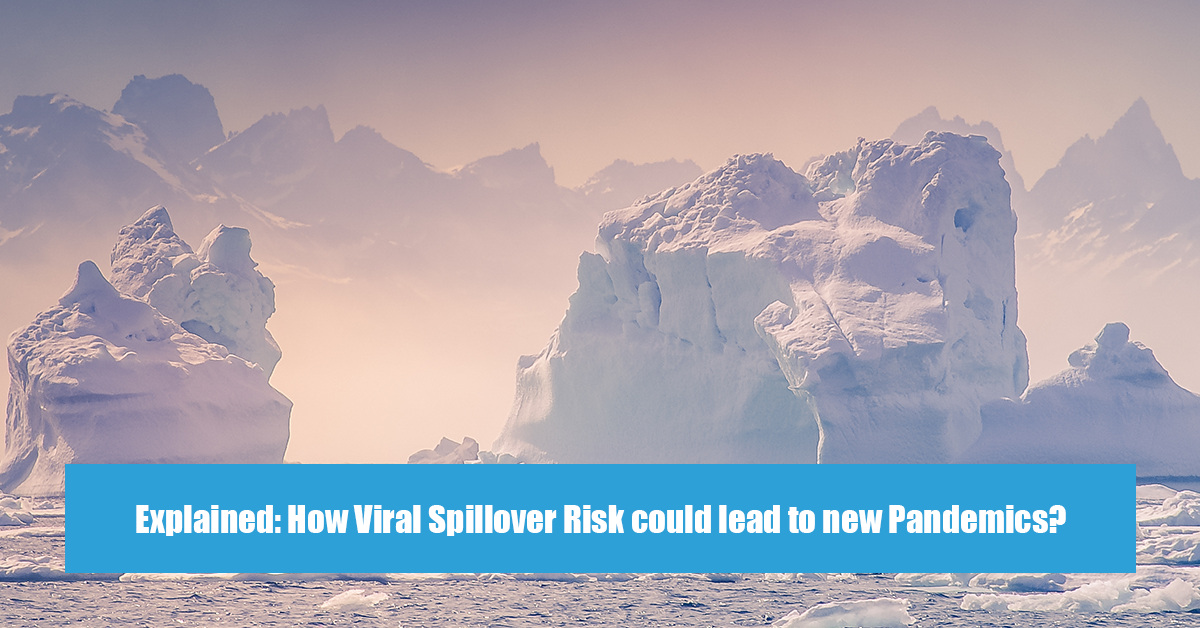 Today's edition of our Current Affairs will comprise a discussion on the Viral Spillover Risk, its meaning and how it could lead to new pandemics?

The topic's relevance to the UPSC CSE syllabus is mentioned below:

For Mains: About Spillover, About Viral Spillover, The New Research, Effects of Climate Change, Outcome of the Study.

Recently, proceedings of the Royal Society B, the biological research journal of the UK’s The Royal Society, published a new research that climate change in the High Arctic lake sediments, increases the Viral spillover risk.

According to new research, yet another effect could be the increased risk of “viral spillover” in some regions that could cause new pandemics over the next few years. Comment.

Also read: What are Satellite Phones?

Outcome of the Study

Upgrade your IAS preparation with this video by Rohit Lodha Sir, our faculty for Geography, Environment & Disaster Management wherein he discusses 25 high-yield questions from the past 5 years UPSC Prelims exam papers: