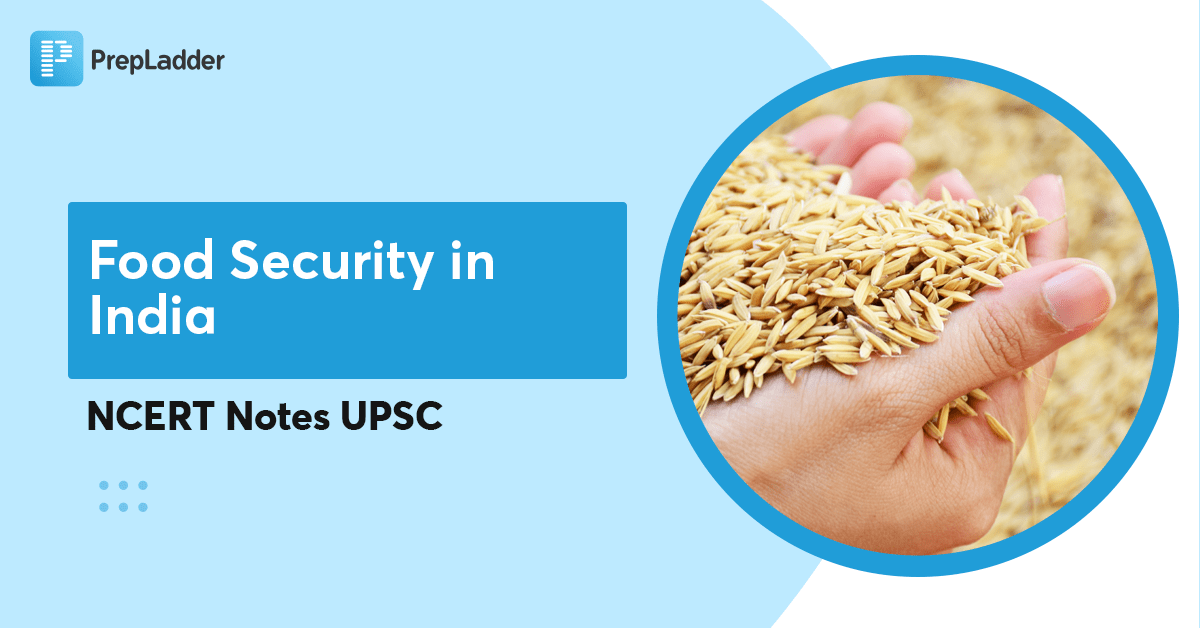 Food is as essential for living as air is for breathing. But food security means something more than getting two square meals. Let’s talk about food security in India in detail and help you enhance your UPSC Preparation.

It means availability, accessibility and affordability of food to all people at all times. It has the following dimensions:

Hunger is another aspect indicating food insecurity. It is not just an expression of poverty; it brings about poverty.

Since the advent of the Green Revolution in the early-1970s, the country has avoided famine even during adverse weather conditions.

India has become self-sufficient in food grains during the last 30 years because of a variety of crops grown all over the country. The availability of food grains (even in adverse weather conditions or otherwise) at the country level has further been ensured with a carefully designed food security system by the government. This system has two components:

Problems in the working of PDS system

Role of cooperatives in food security

The cooperatives are also playing an important role in food security in India especially in the southern and western parts of the country. Various examples include: