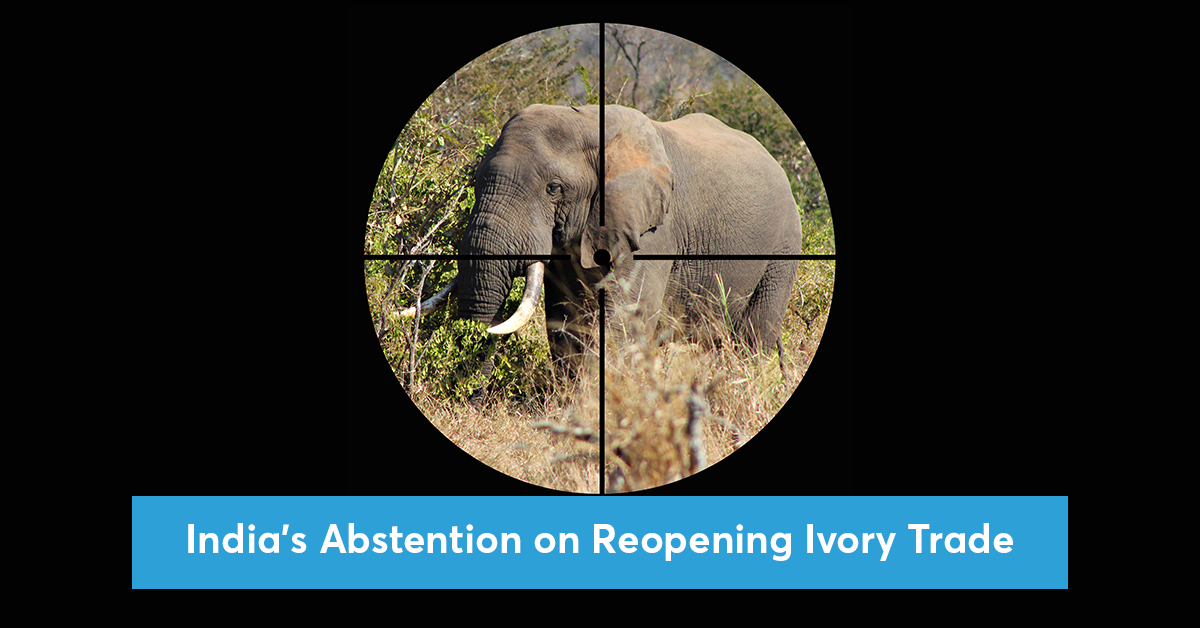 Our today's edition of Current Affairs is here in which we will talk about India’s Abstention on Reopening Ivory Trade. The topic's relevance to the UPSC CSE syllabus is mentioned below:

Poaching for ivory is one of the major causes for the dramatic decline of elephant population worldwide. Analyze the statement in light of recent India’s stance on reopening the Ivory trade. (10 marks)

Recently India’s decision not to vote against a proposal to re-open the international trade in ivory at the ongoing conference of the CITES surprised many.

If you want to enhance your UPSC exam preparation and crack the UPSC CSE examination, download the PrepLadder app and get access to the finest study material curated by India’s top UPSC faculty.