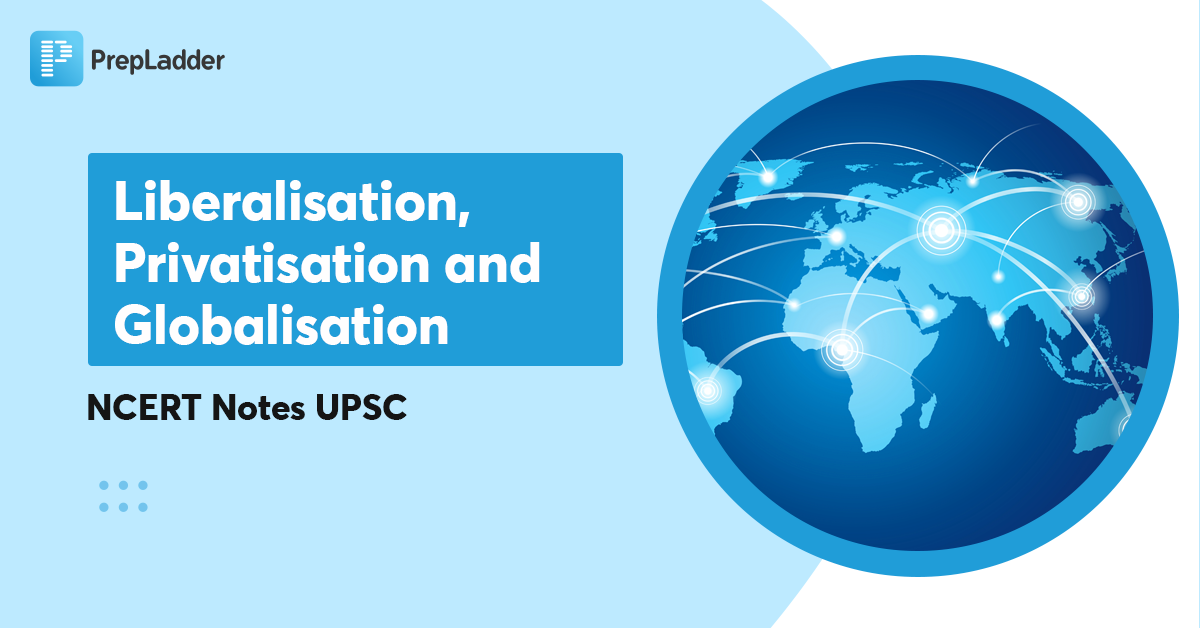 In 1991, India met with a severe economic crisis relating to its external debt — the government was not able to make repayments on its borrowings from abroad; foreign exchange reserves dropped to levels that were not sufficient for even a fortnight. The crisis was further compounded by the rising prices of essential goods. All these led the government to introduce a new set of policy measures.

Read this in-depth article on the major economic reforms (Liberalisation, Privatisation, and Globalisation) taken by the then government to control the economic crisis. Navigate through the article to get detailed insights on the topic and enhance your UPSC exam preparation Online.

The origin of the financial crisis can be traced to the inefficient management of the Indian economy in the 1980s.

The government initiated a variety of policies which fall under three heads viz., liberalisation, privatisation and globalisation.

Liberalisation was introduced to put an end to economic restrictions and open various sectors of the economy. Various policies under liberalisation were as follows:

Earlier in India, mechanisms such as industrial licensing, reserving certain industries for the public sector, policies permitting only small-scale industries allowed in certain areas, controls on price fixation and distribution of certain products were used to regulate the industry. Later, the reforms made the following changes:

Indian economy during reforms: An assessment

The reforms have had a positive impact for the Indian economy, although at the same time have gone through criticism as well.

Positive impacts of the Reforms

Here’s a video lecture on The Basic Questions Faced by Every Economy   by Vivek Singh Sir , our DREAM TEAM faculty for Economy. Watch the video to upgrade your knowledge and your UPSC CSE preparation:

Criticism of the reforms

In a nutshell the globalization and the reforms process, has afforded both opportunities and challenges. The reforms were based on an externally advised policy to tackle the crisis and have led to a concentrated growth for the high-income groups and services related to them, instead of the sectors vital to the Indian economy and the Indian people.