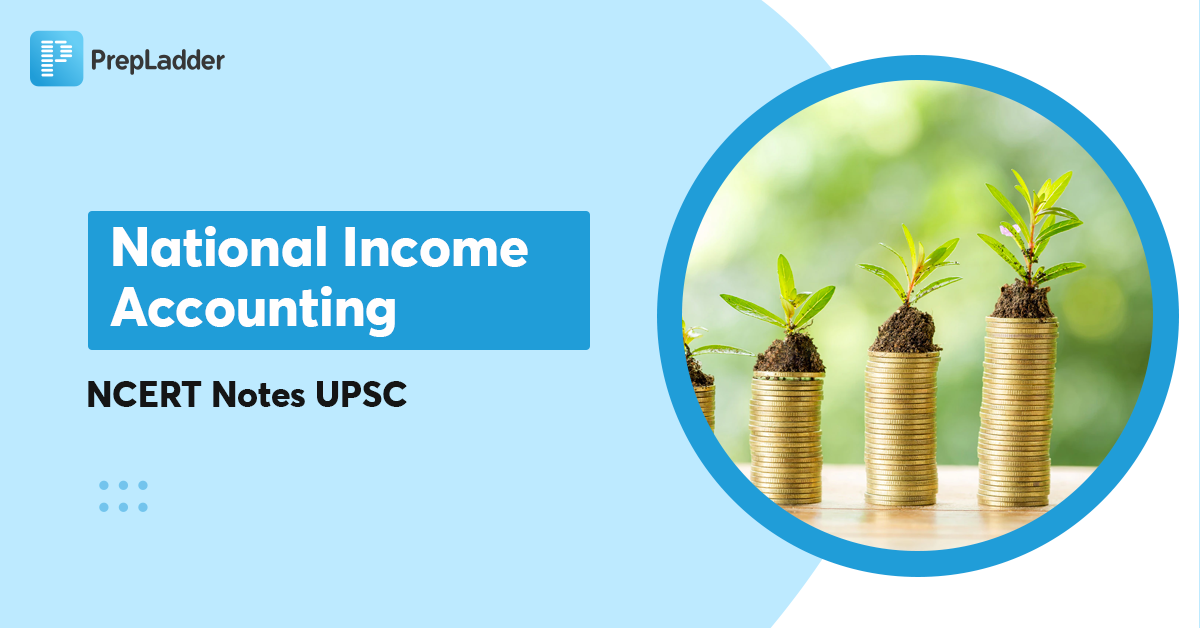 National income accounting is referred to as the methods and principles that are used for measuring the income earned by a country in a particular financial year. It is the net result of all economic activities of any country.

Navigate through this detailed article to get valuable insights on the topic and enhance your UPSC exam preparation online. Let’s get started!

It states that income in a simple economy flows in a circular loop, as follows:

Based on this concept, the aggregate value of goods and services can be calculated through various ways.

There are three methods to calculate the said value, that is: Product or Value-Added Method, Expenditure Method and Income Method.

Some other Macro-Economic Identities

It is that part of the National Income, which is received by the households. Following amounts are to be adjusted for in the NI to obtain personal income:

National Disposable Income = Net National Product at market prices + Other current transfers from the rest of the world.

Other current transfers from rest of the world, include amounts received on account of gifts, aids, etc.

Generally, higher levels of GDP are understood as better prosperity and well-being for the people, residing in that economy.

However, there are certain other factors to consider apart from just GDP growth:

However, there may also be positive externalities.

If you are targeting UPSC CSE 2023 and want to evaluate your current preparation status, then register for PrepLadder’s IAS Scholarship Test and win upto 100% Fee Waiver on 12-months UPSC-GS Dream Pack*.