Are Tigers in Trouble? 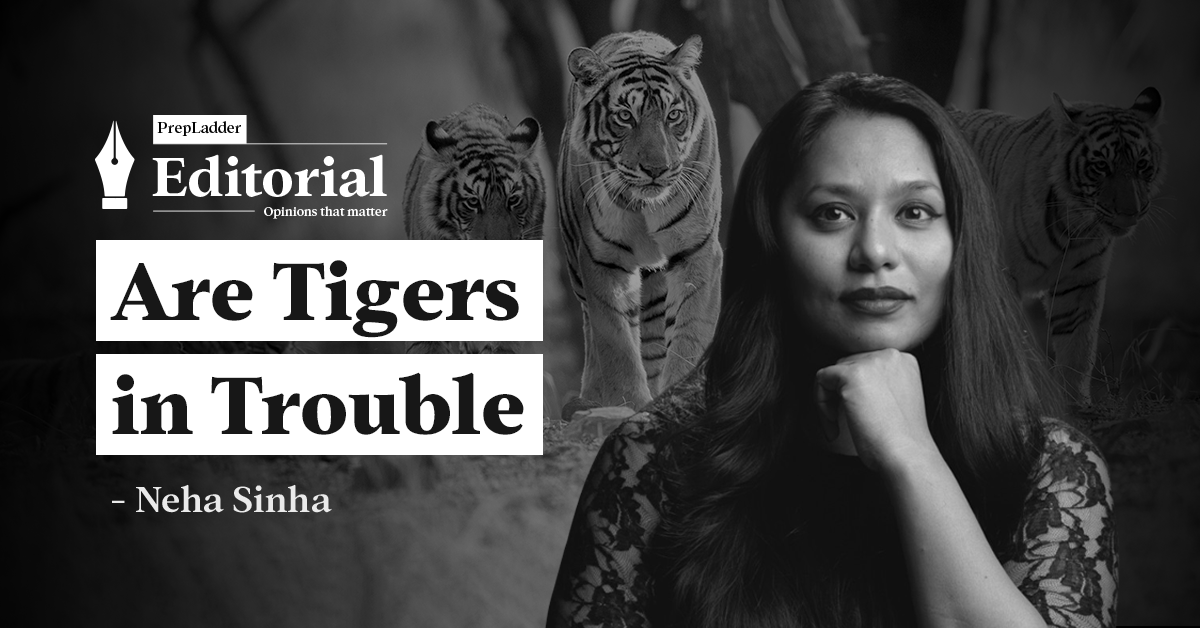 Perhaps no wild animal is as well-known as the tiger, an Asian animal that nevertheless enjoys global popularity. The tiger is the national animal of India and often seen as a symbol of the country. India has about seventy percent of the world’s tiger population and if India were to stop protecting tigers, then the future of the animal would be in severe jeopardy.

India began Project Tiger in 1973, a year after the Wildlife Protection Act of 1972 was instituted. Project Tiger was meant to be a long-term programme to save wild tigers and began the process of establishing tiger reserves. Tiger reserves are sanctuaries and national parks which are established to save tigers, biodiversity, habitat and its ecological functions. India has 51 tiger reserves. Recently, Madhya Pradesh announced that it wants to create two new tiger reserves – Ratapani and Madhav.

At the central level, the National Tiger Conservation Authority (NTCA) coordinates Project Tiger. It was constituted under section 38 L (1) of the Wildlife (Protection) Act, 1972. The Minister of Environment and Forests is the Chairperson of the NTCA, and the NTCA itself derives its powers from the Wildlife Protection Act.

Despite tiger conservation being coordinated at high levels, tigers face multiple and ongoing threats. In 2021, 127 tigers were found dead, a higher number than approximately100-odd deaths in 2020 and 2019 each. Tigers are often poached, killed for use in illegal and international wildlife trafficking, where the parts of the animal are used in so-called cures in countries like China and Vietnam.

Due to the high pressure of illegal poaching, the NTCA in consultation with the Wildlife Crime Control Bureau asked that no monetary value be assigned to tiger parts.

Tigers are sometimes also killed or poisoned by local people in retaliation when the animal eats their livestock. Tigers also die in collision with trains and vehicles, as more and more wide highways and railway lines cut through tiger reserves and areas around tiger reserves – called tiger landscapes.

But projects for diverting tiger landscapes keep coming up. These include roads, railways, diamond mining, coal mining, and even irrigation projects.

An ambitious project to change the course of two rivers and join them – the Ken-Betwa river interlinking project – has been announced for Madhya Pradesh. If executed this project will drown 100 sq km of Panna tiger reserve, including the animals in the area. This project is meant to irrigate areas in the dry and hot region but will have a huge cost on forests.

For taking away areas of tiger habitat – such as areas in tiger reserves, or areas that connect two tiger reserves, the permission of the Standing Committee of the National Board for Wildlife is needed.

And between January to June 2021, this board approved the diversion of 780 hectares within tiger habitats for linear projects and infrastructure development.

India has done a lot for tiger conservation, but threats to tigers continue. The direct threat is poaching and conflict. But the less-talked-about and the more permanent threat is the loss of habitat and connectivity between tiger areas. Tigers are fiercely territorial and each tiger lives alone, making its own territory. In order for the animal to survive, it has to find suitable new areas to live. There are tigers near Bhopal city right now, living without conflict. But in other areas, they have died gruesome deaths. A tiger that went to Gujarat’s Dangs area died of starvation. Gujarat does not have tiger reserves – but historically the state had tigers. Similarly, Goa has suitable areas for tigers but no tiger reserves. Existing reserves face many threats. In order for the species to survive and thrive in the wild, we need to reroute projects so they don’t cut through tiger land. Having wild tigers is about providing habitat- this habitat shelters not just the tiger but many other animals, plants and associated biodiversity. It is no coincidence that tiger reserves are huge carbon sinks and give back to us in the form of a variety of ecosystem services, including being the source of rivers.

Download the PrepLadder app to experience a revolution in UPSC Preparation.

Bringing Back The Cheetah