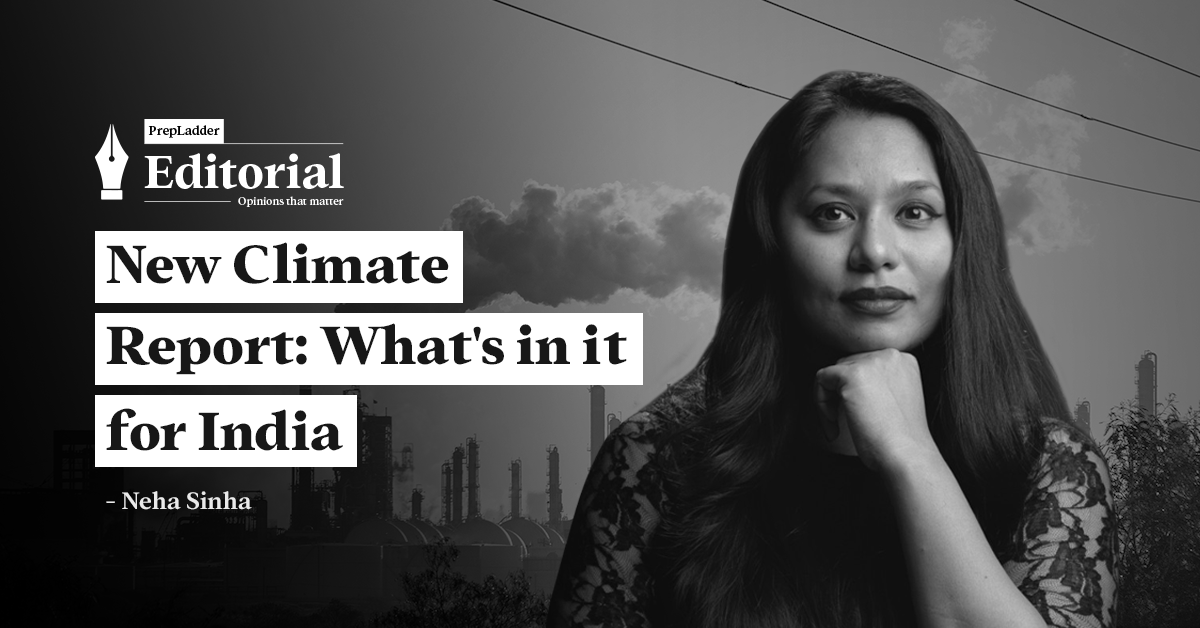 A new Climate Report has just come out – and this time,  it talks just not about the damage climate change will do to biodiversity and the planet, but also to people.

Among the key finding of the report is that climate change is not in the future – we are already experiencing it. The report says: “Widespread, pervasive impacts to ecosystems, people, settlements, and infrastructure have resulted from observed increases in the frequency and intensity of climate and weather extremes, including hot extremes on land and in the ocean, heavy precipitation events, drought and fire weather.”

India is among a global hotspot of human vulnerability, the report finds. India is likely to face flooded coastal areas, biodiversity loss, the decline of fish on coasts, rainfall variability and drought. Millions of people have been displaced in India because of climate change. The report also finds that human-induced climate change has led to the loss of both humans and wildlife. For example, people, corals and trees have died – which are impacts over the land and oceans. The report notes that human-induced climate change has caused heat-related human mortality, warm-water coral bleaching and mortality, and has increased drought-related tree mortality.

The report also says that if there is a 2°C or higher global warming level in the mid-term, food security risks due to climate change will be even more severe, leading to malnutrition and micro-nutrient deficiencies in India. Coupled with other developmental challenges, these impacts are more deeply felt. Let’s understand these multi-pronged and coupled threats better.

India is already facing many extreme climate events. Apart from the IPCC, the Ministry of Earth sciences predicts more droughts and climate variability in India, with an overall increase in rainfall in the Himalayan region. The IPCC report says drought in India in 2014 was reported to have led to an estimated US $30 billion in losses. And in 2019, India recorded more than 4 million disaster-induced displacements. The next year, in 2020, disasters were compounded. The Amphan cyclone struck East India, and this was during the COVID-19 pandemic.

“About 1,600 km2 area in the mangrove forests of Sundarbans was damaged. The city of Kolkata lost a substantial portion of its green cover due to Amphan. The estimated damage was US$13.5 billion. Cyclone Amphan was the largest source of displacement in 2020, with 2.4 million displacements in India and a similar number in Bangladesh. Out of these 2.4 million, roughly 800,000 were pre-emptive evacuations or organized by the authorities”

Therefore, if we look at just the Amphan case study, the following becomes clear:

Therefore, if we look at just the Amphan case study, the following becomes clear:

There are a few India specific pointers in the IPCC report that our planning needs to consider.

Firstly, India should phase down coal power. This is already an agreed commitment under the Glasgow Climate Pact that I wrote about earlier. However, apart from the reduction of emissions by moving away from coal, there are also other reasons this should be done. That reason is the scarcity of water, which thermal plants need in large quantities. The report finds that usability of coal plants will go down in the future due to this lack of water. and further, under a 2°C global warming scenario, coal power plants annual usable capacity will go down, the report says.

Secondly, India should plan coastal infrastructure with care. This is because coastal areas will increasingly get flooded on the coast, and fish stock will also decline in these areas. Not only is there a chance that big infrastructure (like ports, thermal plants etc.) will get damaged by extreme events we must not cause indiscriminate disturbance to the area to avoid further depletion of fish stock (for example, thermal power plants release extremely hot water which kills marine life). The report suggests ‘conservation, protection and restoration of terrestrial, freshwater, coastal and ocean ecosystems, together with targeted management to adapt to unavoidable impacts of climate change, reduces the vulnerability of biodiversity to climate change.’

Thirdly, India must actively make conservation and restoration of all ecosystems part of our climate strategy. This is also an agreed action under the Glasgow Climate Pact and is known to act as a carbon sink. The climate is changing: in this scenario, knowledge is power. India must pay heed to climate science and its findings and plan its present and future accordingly.