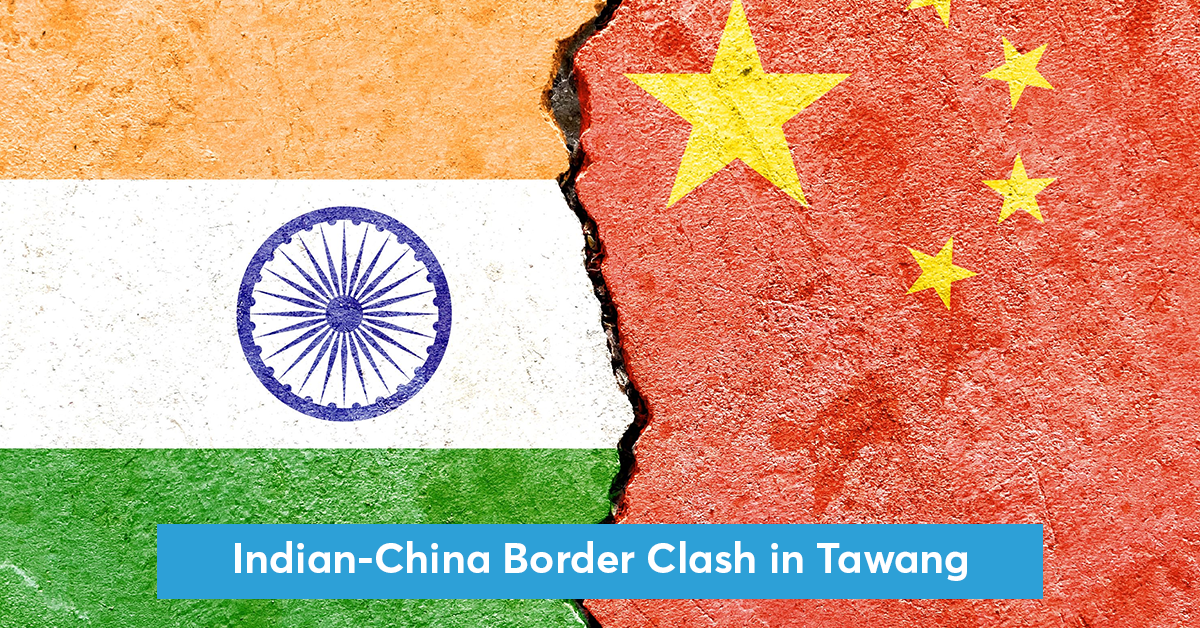 Our today's edition of Current Affairs is here. Read to know more about Indian-China Border Clash in Tawang. Also, find the topic's relevance to the UPSC CSE syllabus below:

For Prelims: Current events of national and international importance

For Mains: GS Paper II- India and its neighborhood

In the Tawang sector of Arunachal Pradesh, troops from India and China recently clashed along the Yangste river.

“China is using its economic relations and positive trade surplus as tools to develop potential military power status in Asia”. In light of this statement, discuss its impact on India as her neighbor. (UPSC Mains-2017)

China’s interests in the Tawang Sector

Tawang is the birthplace of the sixth Dalai Lama and an important pilgrimage centre for Tibetan Buddhists. The 14th Dalai Lama took refuge in Tawang after he crossed over from Tibet to India in 1959, spending some days in the monastery there before proceeding further.

Also watch the detailed video on Is the 2022 Malabar Naval Exercise BAD NEWS for CHINA? and enhance your UPSC Preparation: