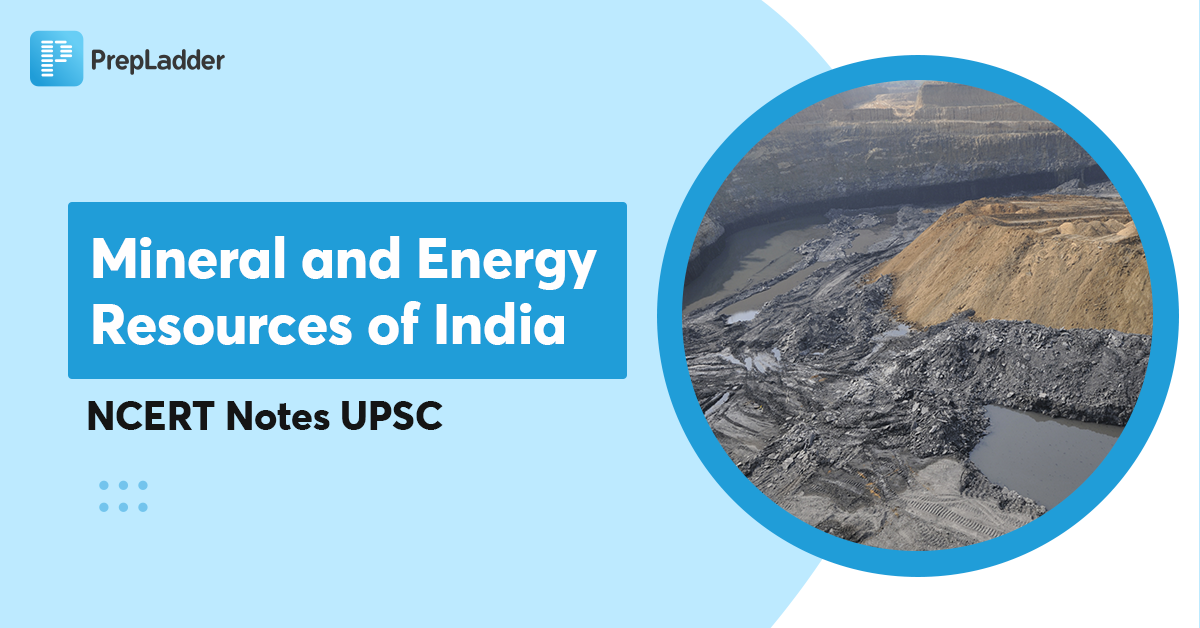 India is endowed with a rich variety of minerals and energy resources due to its varied geological structure. The vast alluvial plain tract of north India is devoid of minerals of economic use. The mineral resources provide the country with the necessary base for industrial development.

Read this detailed article and get yourself acquainted minerals and energy resources with the important terms and concepts to ace your civils Preparation.

A mineral is a natural substance of organic or inorganic origin with definite chemical and physical properties.

Distribution of Minerals Resources in India

Concentration of Minerals in three Broad Belts in India

The Himalayan belt is another mineral belt where copper, lead, zinc, cobalt, and tungsten are known to occur. They occur on both the eastern and western parts. Assam valley has mineral oil deposits. Besides oil resources are also found in off-shore-areas near Mumbai Coast (Mumbai High).

Ferrous minerals such as iron ore, manganese, chromite, etc., provide a strong base for the development of metallurgical industries.

India is poorly endowed with non-ferrous metallic minerals except bauxite.

Mica is the important non-metallic minerals produced in India. The other minerals extracted for local consumption are limestone, dolomite and phosphate.

Mineral fuels are essential for generation of power, required by agriculture, industry, transport, and other sectors of the economy.