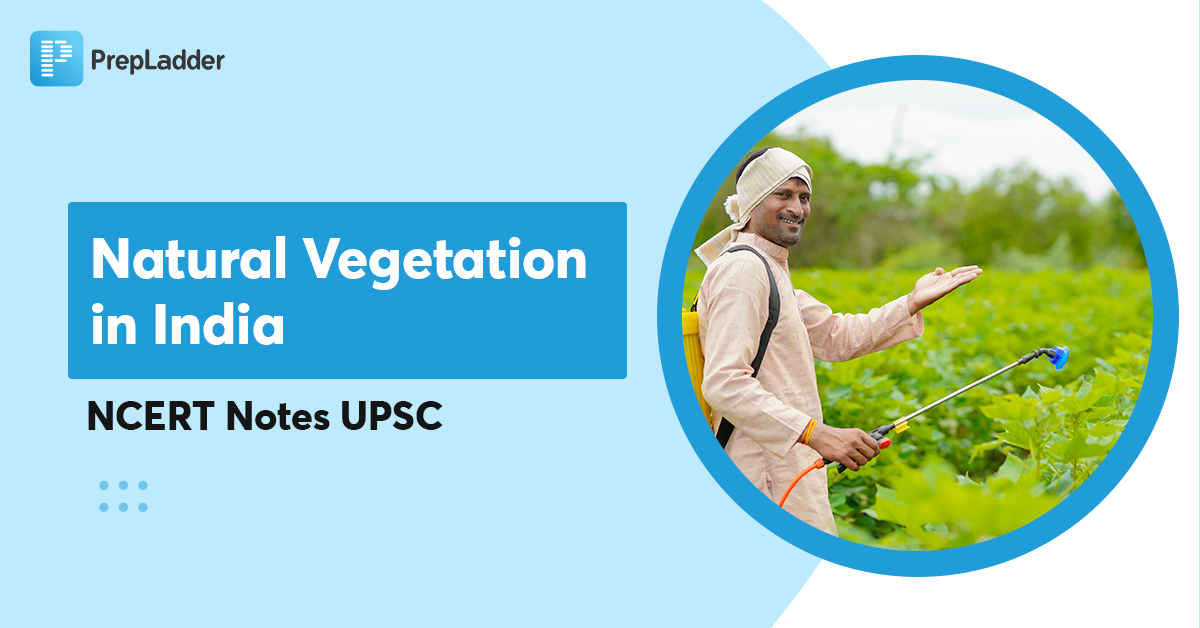 Natural vegetation refers to a plant community that has been left undisturbed over a long time, so as to allow its individual species to adjust themselves to climate and soil conditions as fully as possible.

Navigate through this detailed article to upgrade and enhance your civils Preparation.

Variation in Natural Vegetation of India

India is a land of great variety of natural vegetation depending upon the variations in the climate and the soil.

On the basis of certain common features such as predominant vegetation type and climatic regions, Indian forests can be divided into the following groups:

These are the most widespread forests in India and are also called the monsoon forests. They spread over regions which receive rainfall between 70-200 cm. On the basis of the availability of water, these forests are further divided into moist and dry deciduous.

Percentage Cover of the Forest

It is estimated that about 4-5 per cent of all known plant and animal species on the earth are found in India. There is a considerable threat to the wildlife because of the following reasons:

A Biosphere Reserve is a unique and representative ecosystem of terrestrial and coastal areas which are internationally recognised within the framework of UNESCO’s Man and Biosphere (MAB) Programme. There is total 11 biosphere reserves are recognised under UNESCO’S MAB programme.

Objectives of a Biosphere Reserve