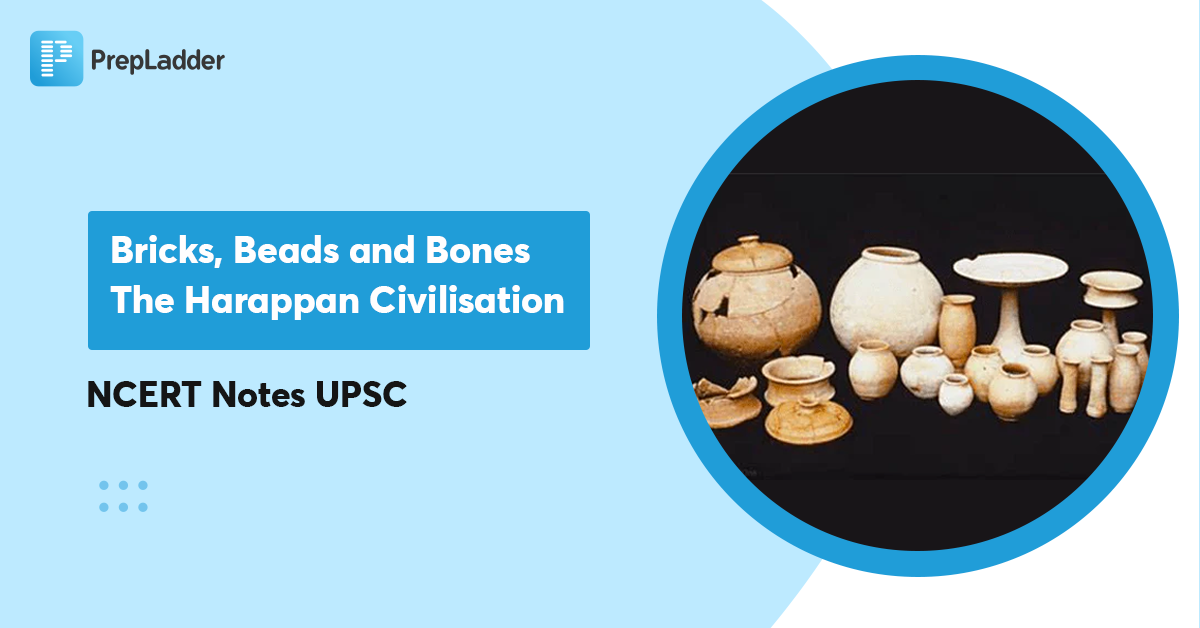 The Indus valley civilization is also called the Harappan culture. Archaeologists use the term “culture” for a group of objects, distinctive in style, that are usually found within a specific area and period of time. These distinctive objects include seals, beads, weights, stone blades and even baked bricks.

Navigate through this detailed article on the Harappan Civilization and get valuable insights on Bricks, Beads and Bones to enhance your UPSC exam preparation. Let's get started.

Finding Out About Craft Production

Materials From the Subcontinent and Beyond

Elevate your UPSC CSE preparation with PrepLadder's conceptual and engaging video lectures and reach one step closer to your dream of cracking the IAS examination. Watch the video lecture on Harappan Civilisation by Hemanth Jha sir, our DREAM TEAM faculty for History:

A Harappan jar found in Oman

The End of the Civilisation

Problems of Piecing Together the Past

Timely evaluation is of utmost importance when preparing for the country’s most coveted IAS exam. Evaluate your UPSC CSE preparation with PrepLadder’s IAS Scholarship test and compete with other candidates on the All India level. Get a chance to win upto 50% FEE Waiver on 12-month UPSC GS Dream Pack*. Register now!

Download the PrepLadder app to study from India’s top UPSC faculty and transform your UPSC CSE preparation from the Beginner level to the Advanced level. You can also join our Telegram channel for UPSC coaching and to stay updated with the latest information about the exam.