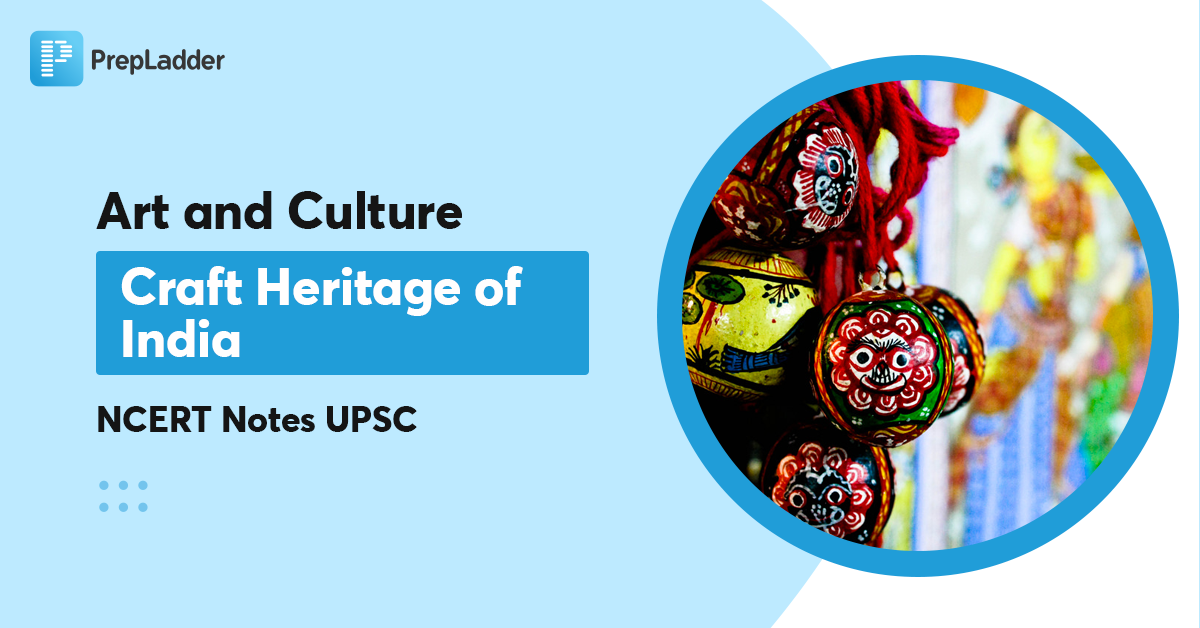 Art and Culture is one of the most important subjects of the UPSC CSE exam. Its preparation is often considered a challenging task by most IAS aspirants. However, with the right study material and UPSC coaching, it can be easily mastered during the UPSC Preparation.

In this detailed article, we will talk about the Craft Heritage of India that will help you immensely in your CSE preparation. So, let’s get started.

Crafts are also known as Handiworks. These refer to objects made with craftsmanship, i.e., specialised skills of the hands which are also artistic.

Characteristics of the Crafts:

Cultural and Social Needs for Crafts:

Wall decoration in a house, Jharkhand

Crafts Through the Ages:

India has a culturally diverse, rich heritage of craft skills influenced by historical events combining with local practices and religious beliefs. These influences have come from multiple sources.

Tribal communities comprise about eight per cent of the population of India. Spread out in different parts of the country, they have continued with ancient cultural practices related to their specific ways of life.