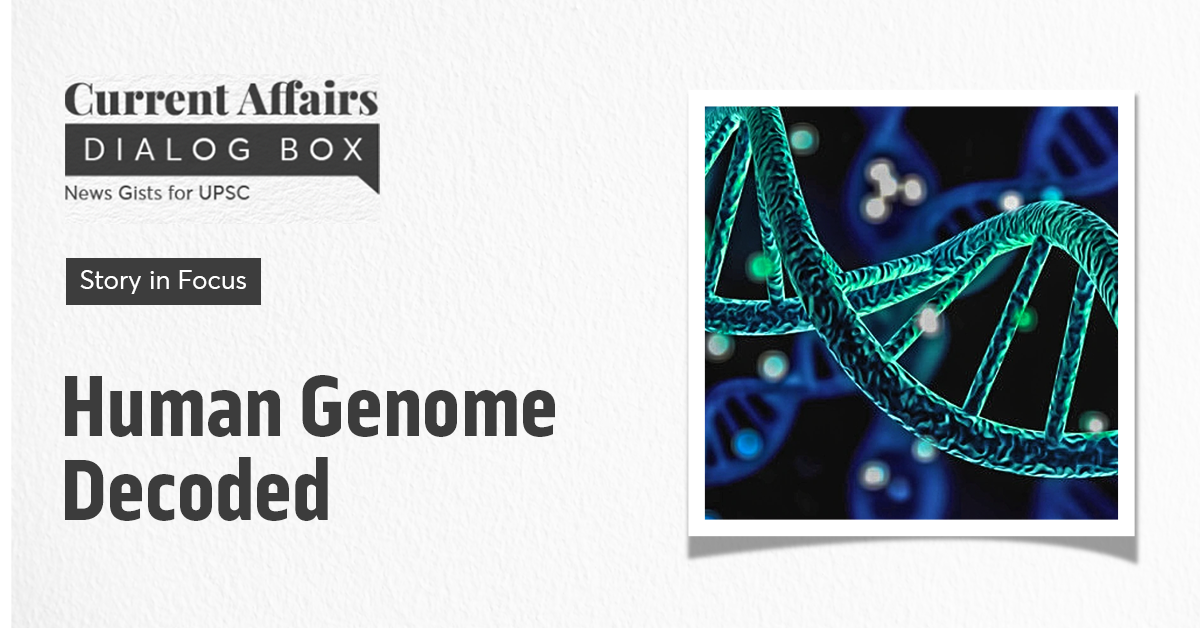 In today's edition of Current Affairs Dialog box, we will discuss Human Genome and its relevance to the UPSC CSE syllabus. The topic is crucial from the UPSC exam preparation point of view. Hence, it should be studied in depth.

For Mains: Science and Technology- Developments and their Applications and Effects in Everyday Life

Examine the significance of the Human Genome Project in studying genetic variation of populations.

Recently, a team of scientists has sequenced the leftover 8 percent of the Human Genome.

Why was Heterochromatin Left Out in the Human Genome Project?

Take your UPSC CSE preparation to the next level with our Prelims Booster series. Watch this detailed video on Atlantic Meridional Overturning Circulation by our Current Affairs faculty, Prem Sodhani Sir:

What is a Genome?