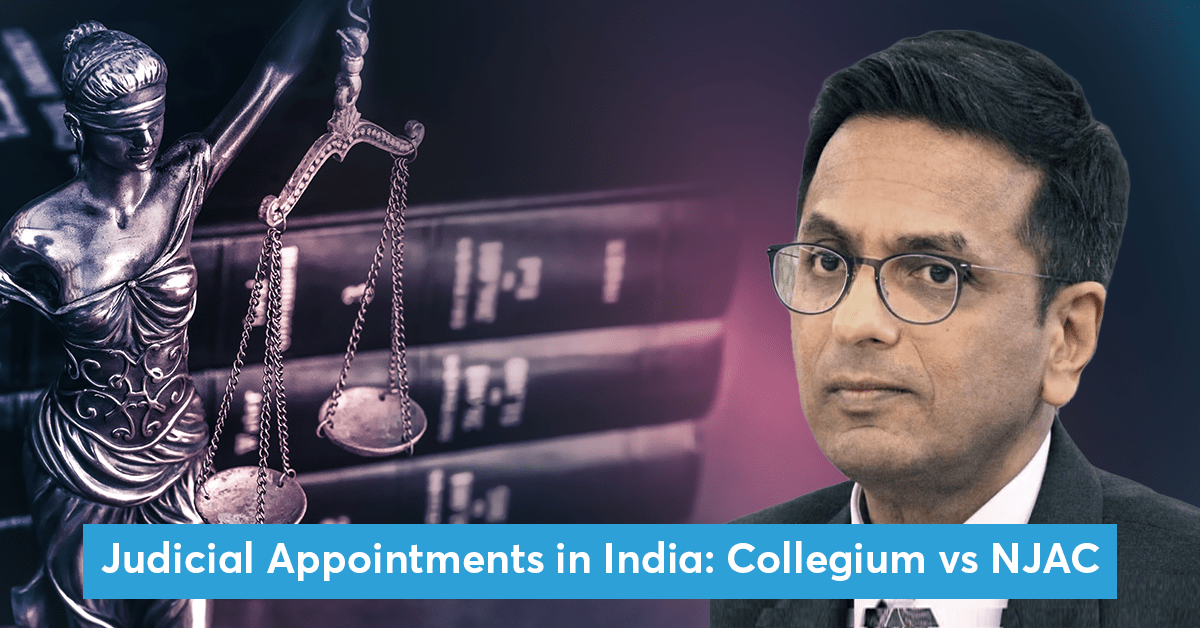 Enhance your UPSC CSE preparation with our daily dose of Current Affairs wherein we discuss topics that make news at National and International level. In today's edition of our Current Affairs, we will discuss Judicial Appointments in India: Collegium vs NJAC. The topic's relevance to the UPSC CSE syllabus is mentioned below.

In recent weeks, the government has reiterated the need for a National Judicial Appointments Commission (NJAC), prompting the apex court to defend the present Collegium system. This has raised the debate over the Collegium and NJAC between the Supreme Court and the Centre.

What are the two systems of the appointment of Judges that has triggered the fresh debate on the judicial system in India? (150 words, 10 marks)

About the Collegium system

The system basically evolved in the three Judges’ cases:

Constitutional Provisions for the appointment of Judges:

Causes for demand to replace the Collegium system

Procedure for Replacement of the Collegium system

Also Watch a detailed video on Strategy to Crack UPSC Prelims 2023 and enhance your UPSC Preparation: