Ordinance Making Power of the President 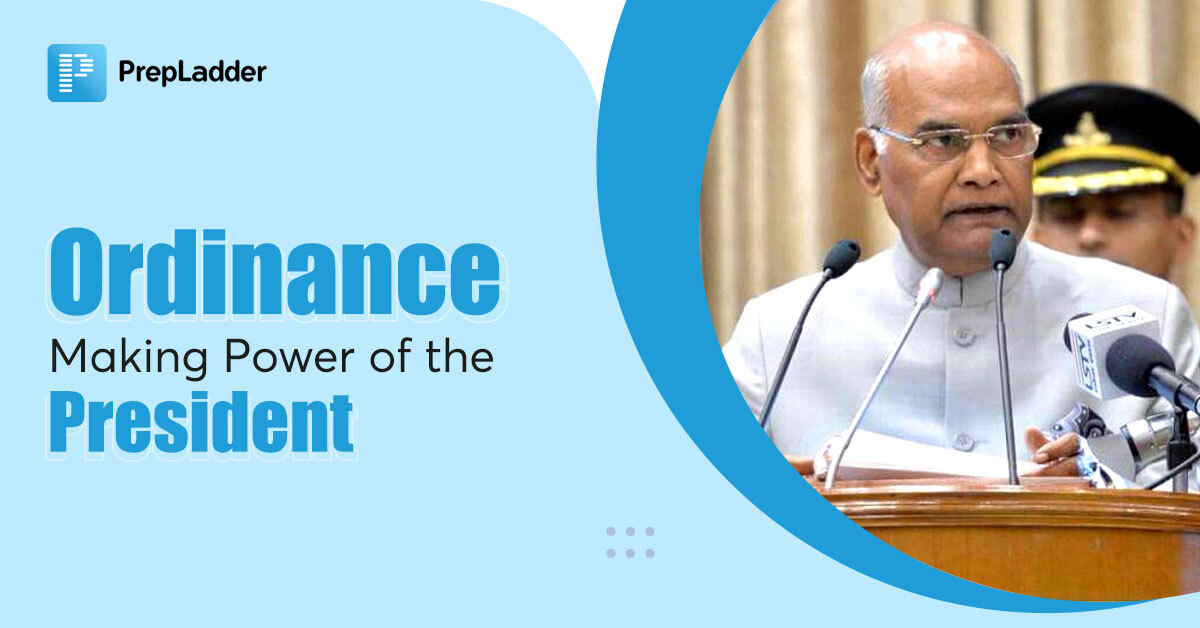 The topic Ordinance making power of the President is an integral part of the Civil Services exam syllabus and should be covered extensively during the UPSC Preparation.

What is an Ordinance?

It is a well-known fact that for a bill to become an act, it requires a debate in the Parliament and both the houses need to pass it. Only then it can become a law.

However, Article 123 of the Indian Constitution grants certain Lawmaking powers to the President of India i.e to promulgate an Ordinance when either of the two houses (Lok Sabha or Rajya Sabha) or both houses are not in session.

Important Note: When the houses reassemble, the Ordinance has to be approved by the Parliament within 6 weeks of it being introduced. Also, the Union Cabinet recommendation is a prerequisite for an Ordinance to be promulgated.

The maximum life span of an Ordinance is six months and six weeks.

Also read: Functions of the Speaker of Lok Sabha

Get a fine understanding of the topic in a detailed video lecture by M.Puri Sir, our DREAM TEAM faculty for Polity, IR and Governance:

Limitations of the Ordinance Making Power of the President

If you are preparing for UPSC CSE Mains 2023 and want a one-stop solution and the most comprehensive resource for CSE preparation, then look no further!

PrepLadder is here to assist you in your preparation journey.

Home to some unique features such as conceptual and engaging video lectures from the DREAM TEAM, QBank with detailed explanations and solutions, NCERT Summary, Subject tests & Mock tests for practice, and much more, PrepLadder will transform your preparation from the Beginner level to the Advanced level.

So, download the PrepLadder app now and supercharge your GATE preparation!

To stay updated with the latest information about the exam, keep following our articles and our Telegram Channel.