Which is the Worst Performing State in RTI Responsiveness? 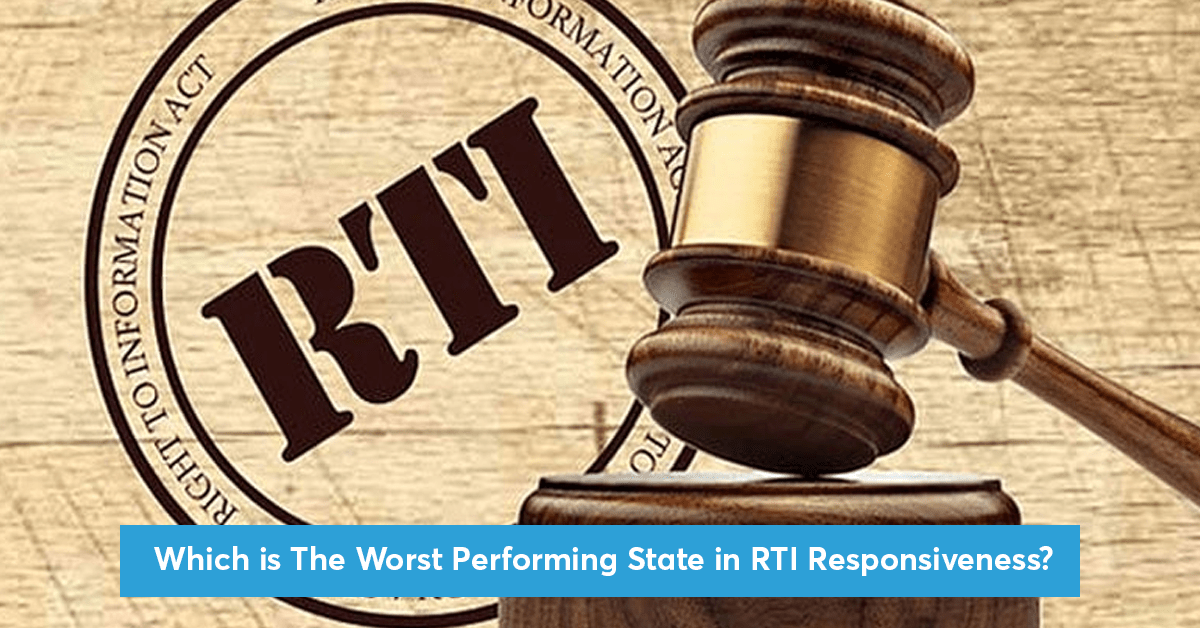 Today we will discuss the Worst Performing State in RTI Responsiveness in our today's edition of Current Affairs. Read further to upgrade your UPSC CSE knowledge and also understand the topic’s relevance to the UPSC syllabus.

About Right to Information Act, Article 19 of the Indian Constitution, State’s performance of RTI responsiveness

About RTI Act and its features, , Right to Information (Amendment) Act, 2019, Benefits of RTI, Issues and Challenges with the implementation of the RTI Act

“Information is the currency of democracy” and critical to the emergence and development of a vibrant civil society. Discuss. (10 Marks, 150 Words)

About the Right to Information (RTI) Act

Constitutional Backing of the RTI

Features of the RTI Act

Issues and Challenges with the implementation of the RTI Act

If you want to enhance your IAS preparation and crack the UPSC CSE examination, download the PrepLadder app and get access to the finest study material curated by India’s top UPSC faculty.