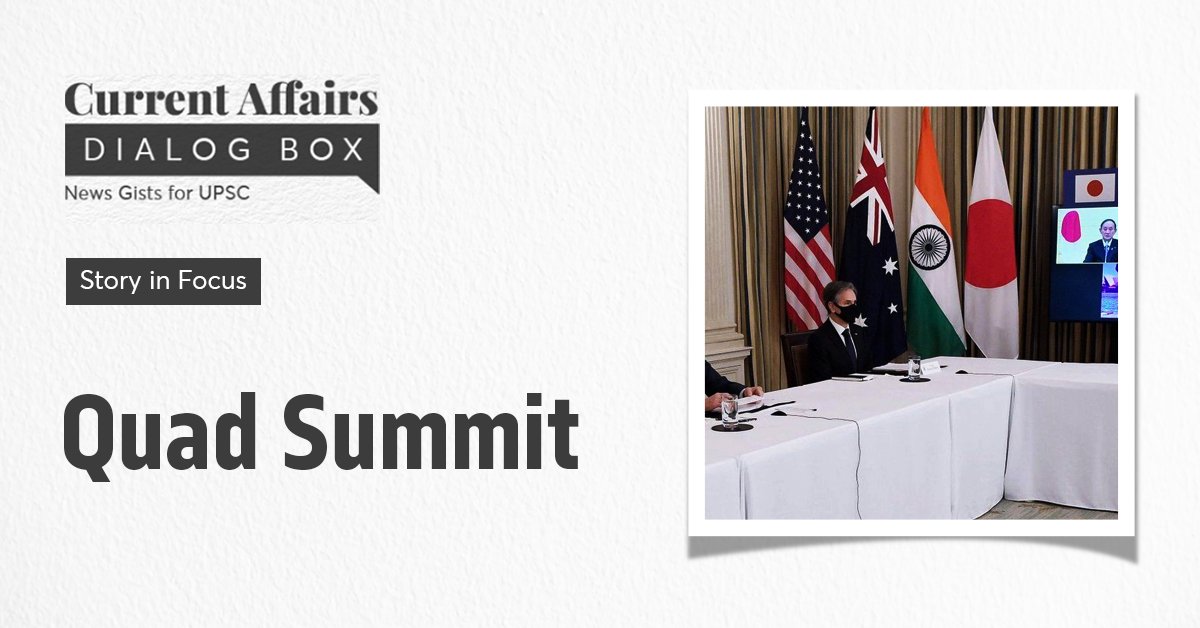 In today’s edition of our Current Affairs Dialog box, we will discuss Quad Summit. Navigate through the blog to understand the topic in detail and enhance your UPSC Preparation. Also, we have listed the topic’s relevance to the UPSC syllabus.

Also, read our yesterday’s edition of the Current Affairs Dialog box in this linked article.

In modern times, the Quadrilateral Security Dialogue (QUAD) is transitioning from a military alliance to an economic union. Comment

What is the Quad and why was it formed?

Significance of Quad for India