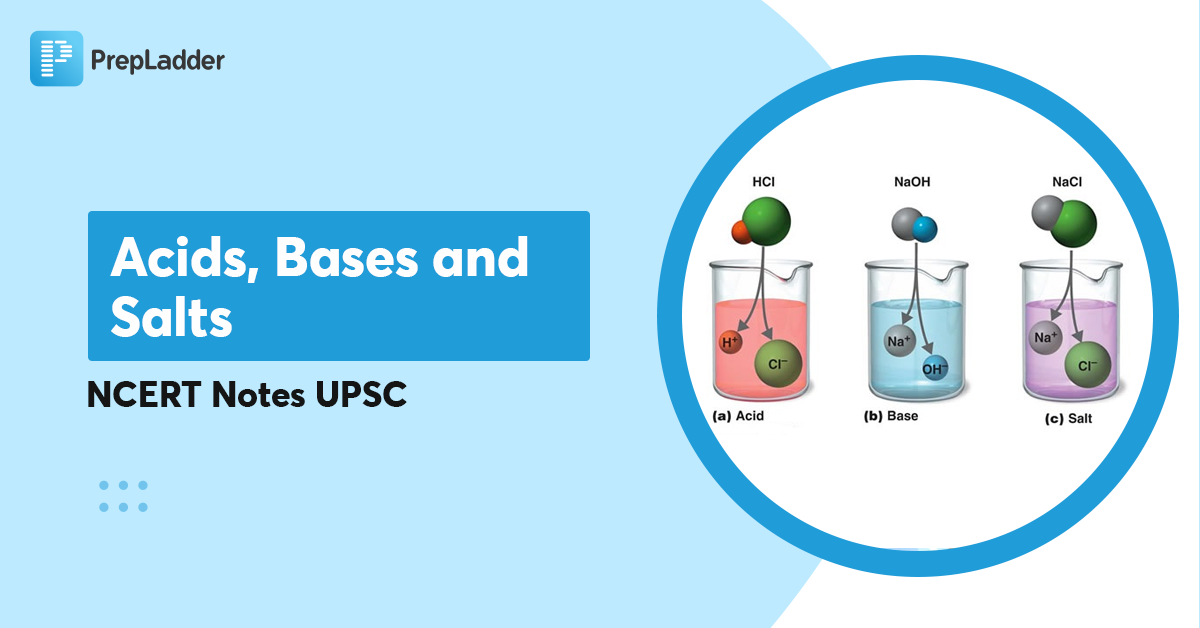 Chemical Properties of Acids and Bases

Strength of Acid or Base Solutions

Importance of pH in Everyday Life

Salts are the results of the neutralization reaction between acid and base. For example, Sodium chloride.

Salt Family: Salts having the same positive or negative radicals are said to belong to a family. For example,

Here’s a video lecture on Space Research by Sharad Tripathi Sir, our DREAM TEAM faculty for Science and Technology. Watch the video to upgrade your knowledge and your UPSC CSE preparation:

The salt formed by the combination of hydrochloric acid and sodium hydroxide solution is called sodium chloride.

Sodium hydroxide: When electricity is passed through an aqueous solution of sodium chloride (called brine), it decomposes to form sodium hydroxide. The process is called the chlor-alkali process.

Baking Soda: It is a by-product of Chlor-alkali process.

The Water of Crystallisation

It is the fixed number of water molecules present in one formula unit of salt. For example,