Separation of Substances - Science and Tech NCERT Notes For UPSC 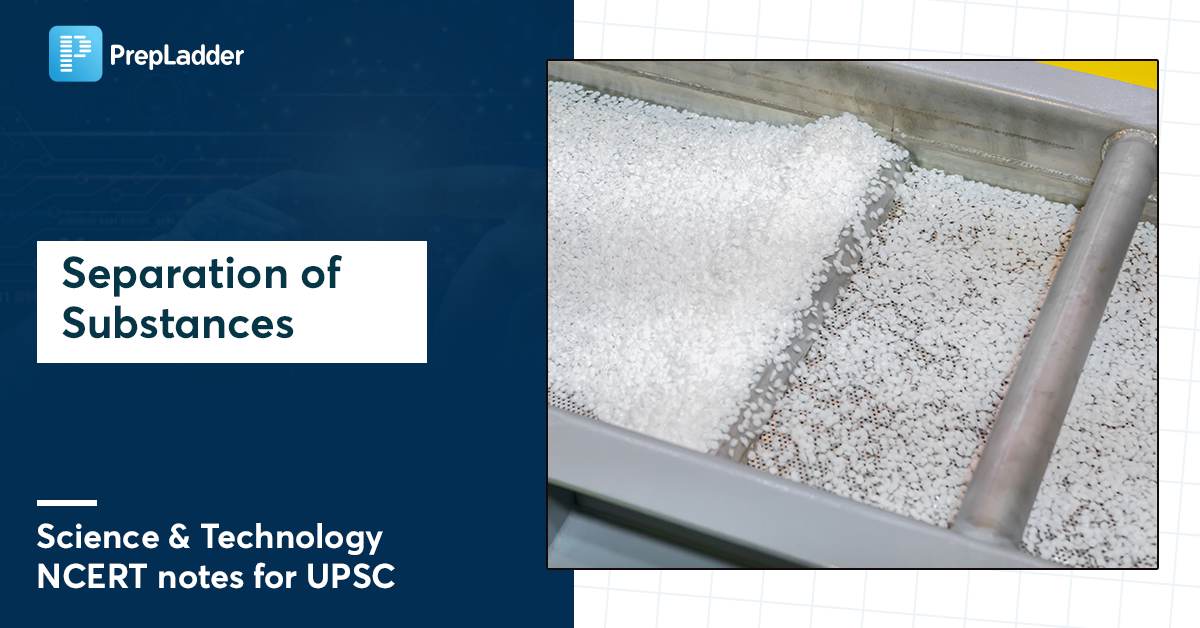 Solubility of substances in Water

The dissolution of any substance in water depends on the amount of substance and the volume of water along with their properties.

Water is called the "universal solvent" because it can dissolve more substances than any other liquid.

If you are targeting UPSC CSE 2023, download the PrepLadder app and transform your UPSC CSE preparation from the Beginner level to the Advanced level. You can also join our Telegram channel to stay updated with the latest information about the exam.