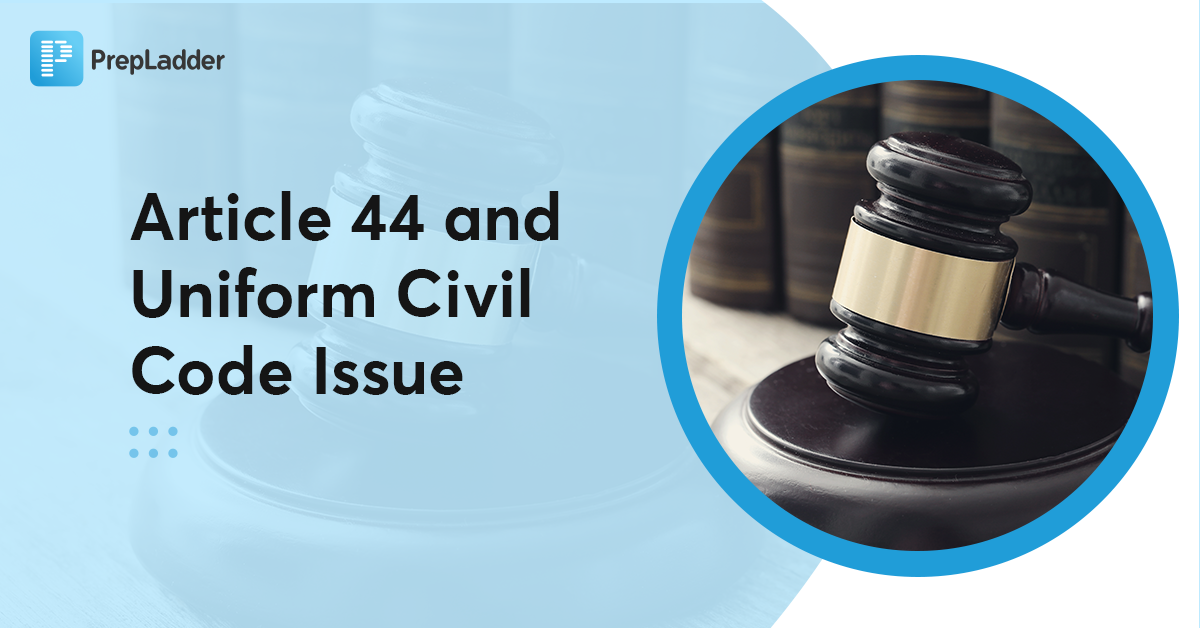 To put it simply, Uniform Civil Code means laws that govern personal issues like Marriage, Divorce, Maintenance (of Divorced wife), Adoption, Succession, Inheritance, Guardianship (Of minors), etc. be common for all citizens of the country irrespective of their religion.

The Uniform Civil Code calls for the formulation of one law for India that would apply to the above-stated parameters.

Article 44 of the Constitution lays down that “The State shall endeavor to secure for the citizens a uniform civil code throughout the territory of India.” It is one of the Directive Principles of the State Policy.

Also read: How to Prepare for Polity

Watch a detailed video on the Article 44 and Uniform Civil code issue by M.Puri Sir, the faculty for Polity, International Relations & Governance:

Challenges in the Implementation of Uniform Civil Code

You can prepare for exam-relevant topics like the Uniform Civil code and many others on the PrepLadder app under the mentorship of our DREAM TEAM. Join our Telegram channel for UPSC exam preparation to apprise yourself with the latest information about the exam