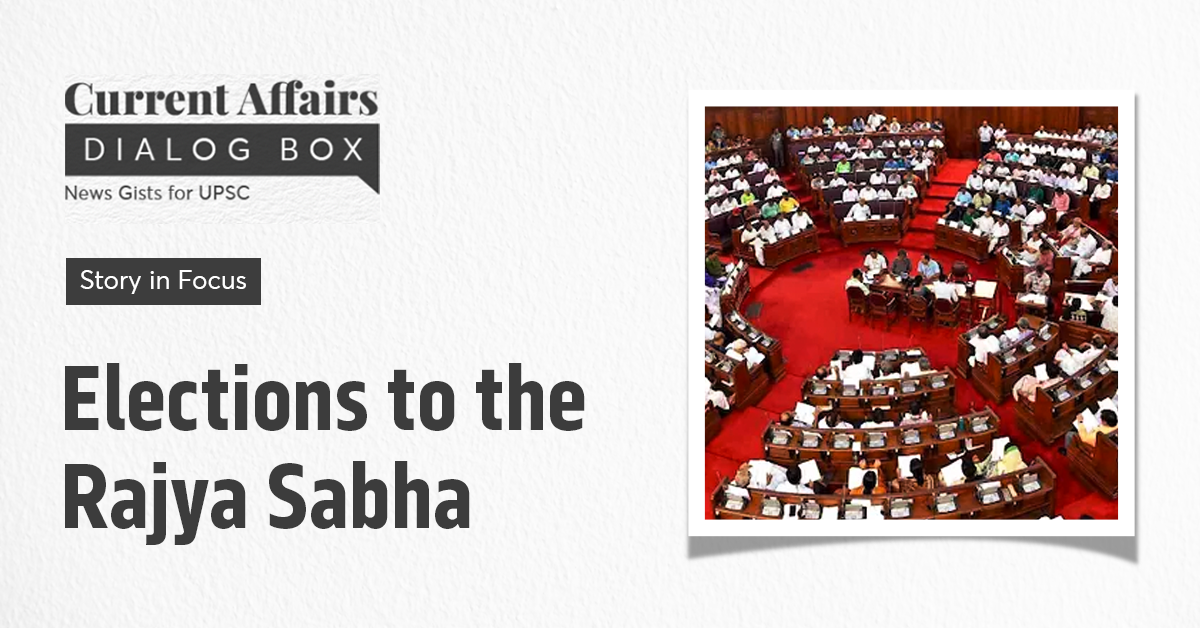 Here's our today's edition of the Current Affairs Dialog box where we will talk about Elections to the Rajya Sabha in detail. It constitutes an essential topic of Polity and hence should be studied thoroughly during the UPSC Exam Preparation.

Its relevance to the UPSC CSE syllabus is listed below:

For Mains: Parliament and State Legislatures—Structure, Functioning, Conduct of Business, Powers & Privileges and Issues Arising out of these.

Recently, the Assemblies of 4 states elected 16 Members of Parliament (MPs) to Rajya Sabha.

Examine the role of the Rajya Sabha in keeping alive the spirit of federalism in Indian democracy.

Also Read: How Can Polity Videos Help You Better Prepare for UPSC CSE?

What is a Single Transferable Vote?

‘None of the Above’ (NOTA) Option in Rajya Sabha Polls

If you are targeting UPSC CSE 2023, then this video by Vivek Singh Sir, our Economy faculty will help you with the preparation strategy:

Why do not the Rajya Sabha polls have a secret ballot?

Download the PrepLadder app to amplify your UPSC exam preparation and to experience a revolution in UPSC CSE education.