The Process of Inclusion or Exclusion from the Scheduled Tribes List 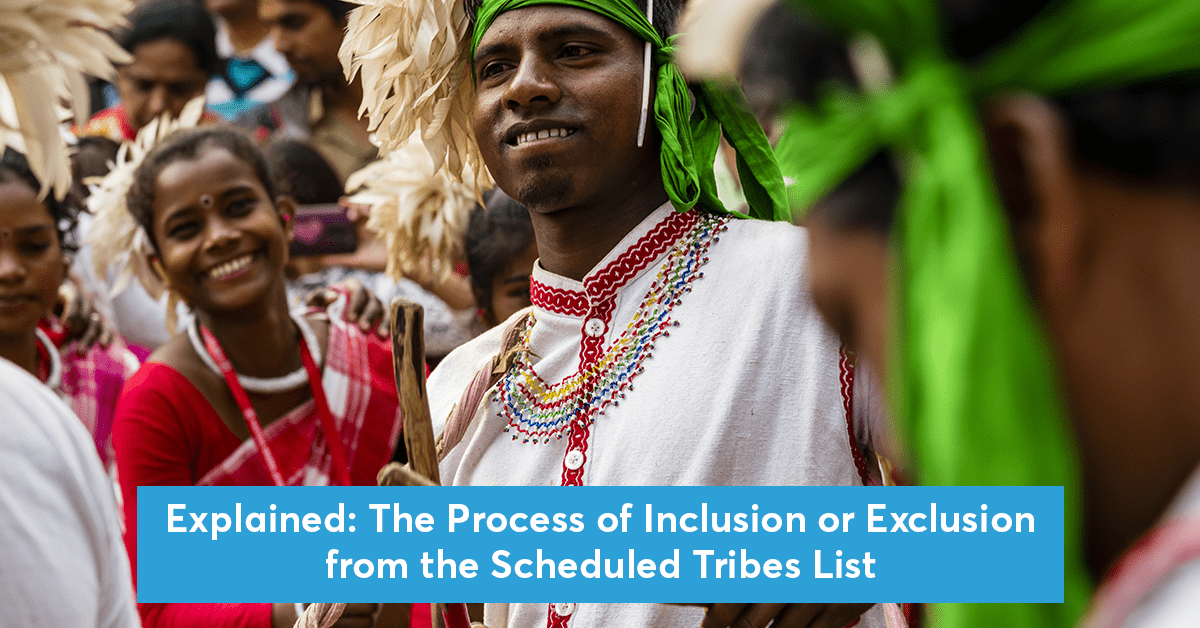 Upgrade your UPSC CSE preparation and knowledge base with our daily edition of Current Affairs wherein we discuss topics that are making news at the national and international level. In today's edition, we will talk about Process of Inclusion or Exclusion from the Scheduled Tribes List and also find its relevance to the UPSC CSE syllabus.

For Prelims: Issues Related to SC and ST, Judiciary, Parliament and state legislature-structure, functioning and conduct of business, Registrar General of India (RGI).

For Mains: Inclusion or exclusion from the Scheduled Tribes list, Criteria for inclusion in the ST list, Schedule Tribes of India.

Explain the procedure and criteria to be followed to include any particular community in the Scheduled Tribes list.

Recently, the Union Cabinet has given consent to add several tribes to the list of Scheduled Tribes (ST) in States such as Himachal Pradesh, Tamil Nadu, Chhattisgarh, and Uttar Pradesh.

Procedure to Add or Remove from SC & ST lists

Criteria to Establish Whether a Community is a Scheduled Tribe

The government looks at the following criteria, to establish whether a community is a Scheduled Tribe:

Also Read: Tribal contribution to the Freedom Struggle of India

As per the 2011 census, the following is the status of the Scheduled tribe in the country:

Download the Prepladder App to study from India’s Top UPSC Faculty and transform your IAS Preparation from the Beginner level to the Advanced level. You can also join our Telegram channel for UPSC coaching and to stay updated with the latest information about the UPSC exam.