Reorganization of the States 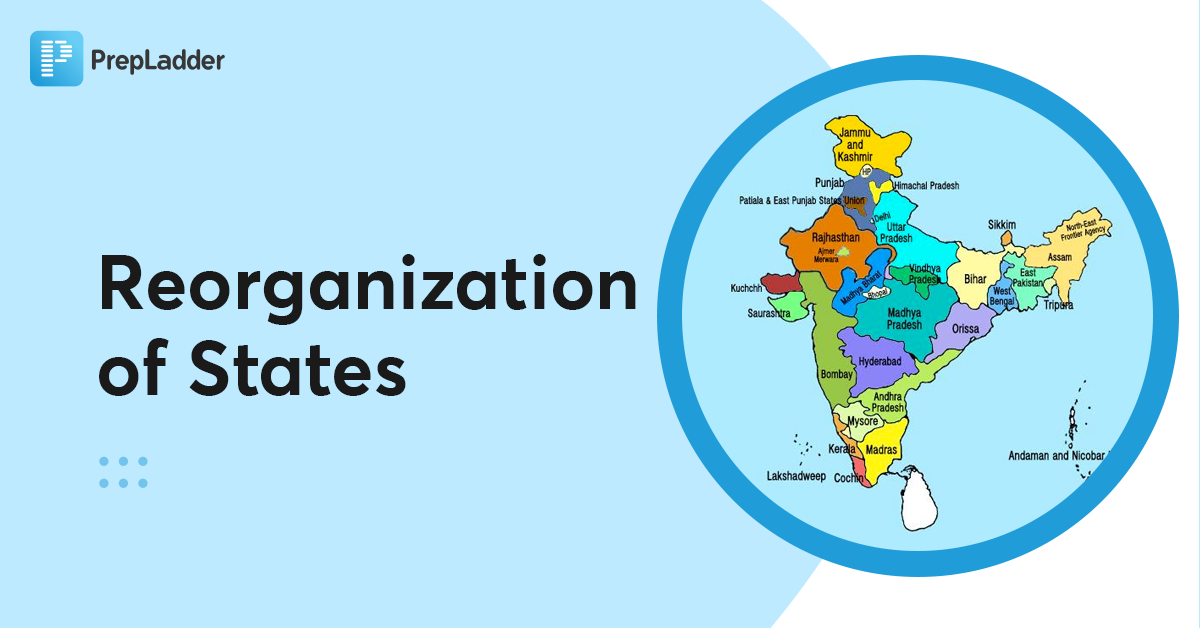 This article will discuss the Reorganization of the States and how this topic constitutes an essential part of the Prelims syllabus during the UPSC exam preparation.

When the Constitution of India came into effect on 26 January 1950, there were generally four kinds of states called Part A, B, C, and D states. Understanding them becomes essential as UPSC may ask questions based on the history of the Reorganization of States.

Now let’s move further to understand the most important topic!

At the time when India got independence from British rule in 1947, there were more than 500 princely states. On a temporary basis, the constituents of India were divided into the Part A, B, C, and Part D states.

Let's make it more simpler for you to understand the topic. Watch a video by M.Puri Sir, our DREAM TEAM faculty for Polity, IR, and Governance, in which he explains the Reorganization of States in a lucid way:

With the consistent and growing demand for the reorganization of the states on a rational basis and also on the emerging importance of regional languages, to make things more organized, State Reorganization Commission was formed by the Government of India on 29 December 1953 to contemplate the matter of redrawing the State boundaries.

Since language is closely related to culture and subsequently to the customs of people, the most popular demand was to reorganize states based on a linguistic basis.

Hence, based on the recommendation and considerations of the proposals in the report, the States Reorganization Act, 1956 was enacted by the Parliament of India on 31 August 1956. Before the act came into effect, a crucial amendment was made.

Under the seventh amendment, Part A and Part B states were simply referred to as “States”, and Part C/Part D state was replaced by the new entity, “The Union” Territory.

Prepare crucial CSE relevant topics on the PrepLadder app and ace the exam.