What does the Supreme Court say about the appointment of the Election Commissioner of India? 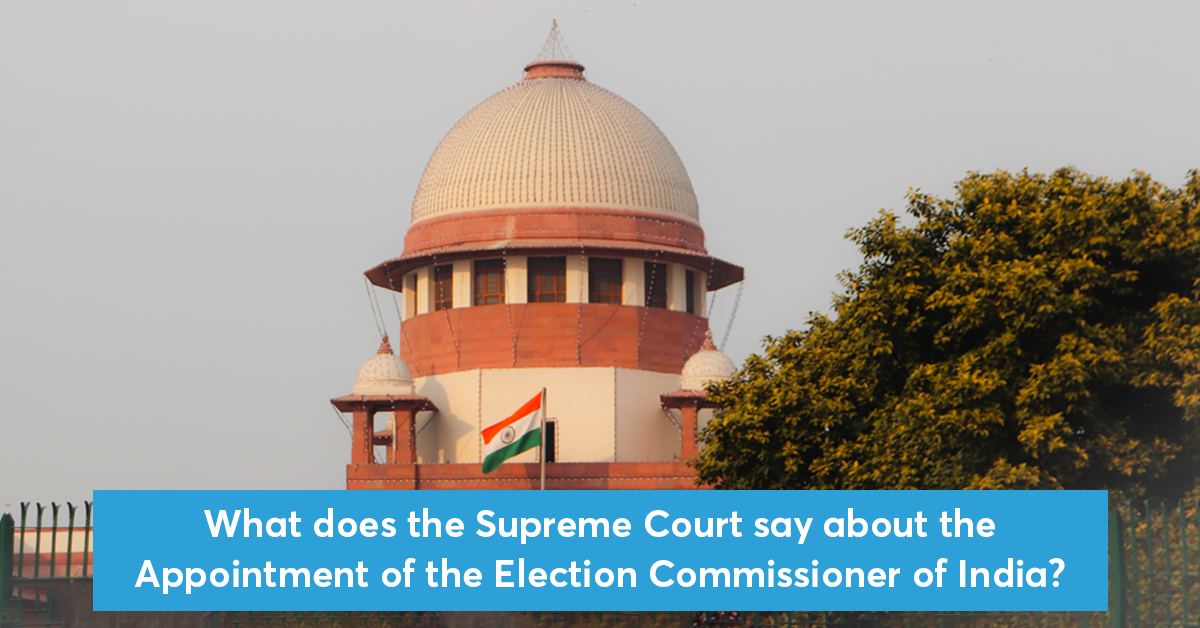 Today we will discuss What does the Supreme Court say about the appointment of the Election Commissioner of India in our today's edition of Current Affairs. Read further to upgrade your UPSC CSE knowledge and also understand the topic’s relevance to the UPSC syllabus.

Process of appointment and removal of EC, CEC, etc., free and fair elections.

Recently Supreme Court of India proposed reforming the appointment process of Election Commissioners which has highlighted some pertinent issues about institutions and their autonomy.

How far does the present system of appointment of Election Commissioners ensure free and fair elections in India? Comment.  Also, provide suggestions to ensure the autonomy of the Election Commission of India. (15 marks, 250 words).

About the Supreme Court case pertaining to Election Commissioners

Also Read: Elections to the Office of the President

Conclusion: To guarantee free and fair elections and to support India's democracy, a CEC of TN Sheshan's caliber is needed. Even though they are sporadic, appointments without bias can produce someone who is close to him.

Give your preparation an extra push with this video by Hemant Jha sir which will help you to understand how to effectively read newspapers and books for your UPSC CSE preparation: