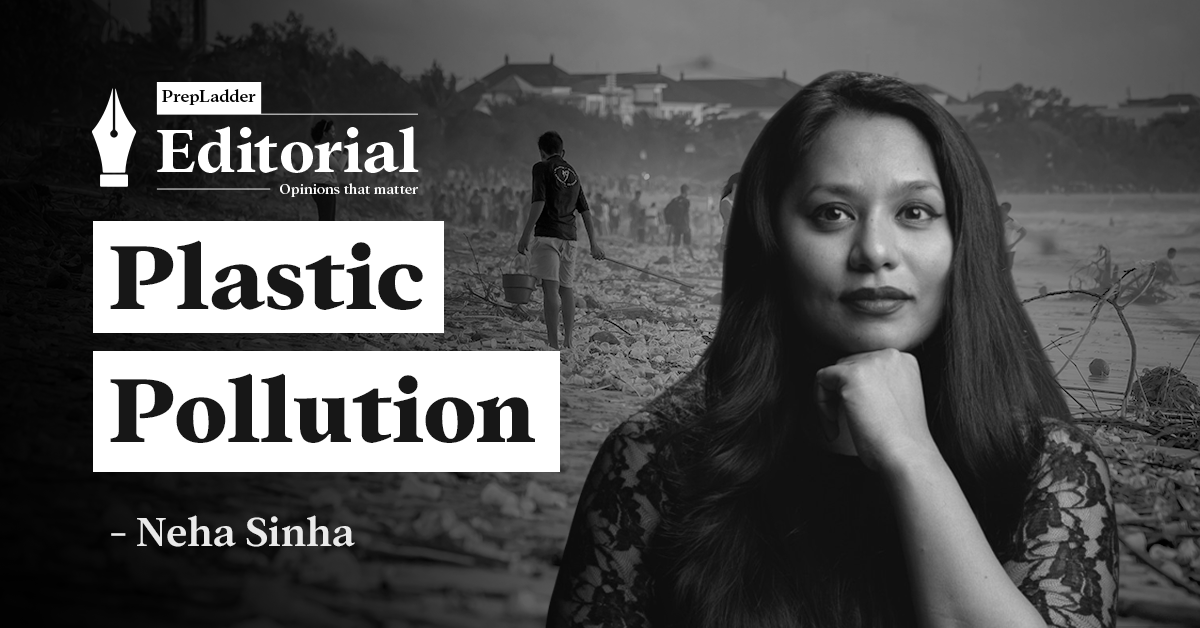 For the first time in the history of the world, the countries of the world are willing to work together on a legally binding mechanism to stop plastic pollution.

Plastic is in every sphere of our lives. If you think about the kind of plastics you have used in one day, it would take a lot of space to make that list. Plastic is a useful innovation, and we probably can’t do without plastic. But how much plastic do we actually need? The problem is that we are manufacturing and using more plastic than the earth can sustain, and much more than we actually need.

‘Decides that the intergovernmental negotiating committee is to develop an international legally binding instrument on plastic pollution, including in the marine environment henceforth referred to as the instrument, which could include both binding and voluntary approaches, based on a comprehensive approach that addresses the full lifecycle of plastic..’

What is the Problem?

Plastic is everywhere today, and it's also in us. Studies show that tiny pieces of plastics (also known as microplastics) go inside the bellies of animals, like fish. It is also in water, and thus we are consuming plastics. Videos of sea birds with their stomachs stuffed with plastics of all shapes and sizes, dying torturous deaths, have been made by biologists and conservation enthusiasts. Turtles and fish get caught in plastic rings, loops and pieces. On land, plastic chokes the soil pollutes the water and kills life in wetlands. When burnt, it emits toxic fumes. Landfills taller than any building loom over metropolitan cities - much of that is plastic.

To put it simply, plastic is one of the world’s largest problems world today, and it’s created by us. While dealing with plastic is one thing, learning to not make non-essential plastics is quite another. Both are required if pollution has to be tackled. For example, does every cosmetic need plastic wrap? Do bananas need to be wrapped in plastic? A lot of plastic in our lives is non-essential and a strong push should be made to phase it out. The question is not just to segregate and recycle, or to incinerate, but also to phase out. If we produce less plastic, we will have to deal with less of it.

Where is India on Plastic Pollution?

This year, the Government of India announced the Plastic Waste Management (Amendment) Rules, 2022.

The Plastic Waste Management Rules, 2016, mandate the generators of plastic waste to take steps to minimize generation of plastic waste, to prevent plastic waste litter, and to ensure segregated storage of waste at source and dealing with segregated waste in accordance with rules. The Rules also mandate the responsibilities of local bodies, gram panchayats, waste generators, retailers and street vendors to manage plastic waste. The 2022 guidelines elaborate further on Extended Producer Responsibility on Producer, Importer, and Brand Owner. Extended Producer Responsibility is applicable to both pre-consumer and post-consumer plastic packaging waste.

Those plastics which cannot be recycled are to be sent for end of life disposal in activities such as road construction, waste to energy, waste to oil, cement kilns (for co-processing) etc.

The guidelines for various activities under the Rules are broadly to be followed within the next two years. To not do so would mean facing a penalty.

The question that faces us now is: will Extended Producer Responsibility work, or will companies just pay penalties? Will lobbies form to push implementation to the future rather than the present?

A few years ago, a ban on plastic milk packets was announced. There was a huge backlash from the manufacturers. There is also a ban on plastic carry bags in Delhi. It didn’t work because there were no alternatives available at a large scale, and the state Pollution Control Board seemed to be understaffed.

In order to tackle plastic pollution, the issue has to involve all agencies, not just environmental. An ongoing case, Krishna vs. Union of India in the National Green Tribunal is on the non-compliance of the Plastic Waste Management Rules of 2016 regarding multi-layered plastic packaging. This was supposed to be phased out by 2016 but hasn’t been done. The NGT has now asked states to file the status of generation of multi-layered plastic packaging and status of Rules compliance. The NGT has also asked whether India is importing plastic for meeting fuel needs when so much plastic waste is available in India.

Though we have made new commitments to phase out plastic, there is a long way to go. The time to act on plastic pollution is now, and this includes halting our current lazy approach to implementation.