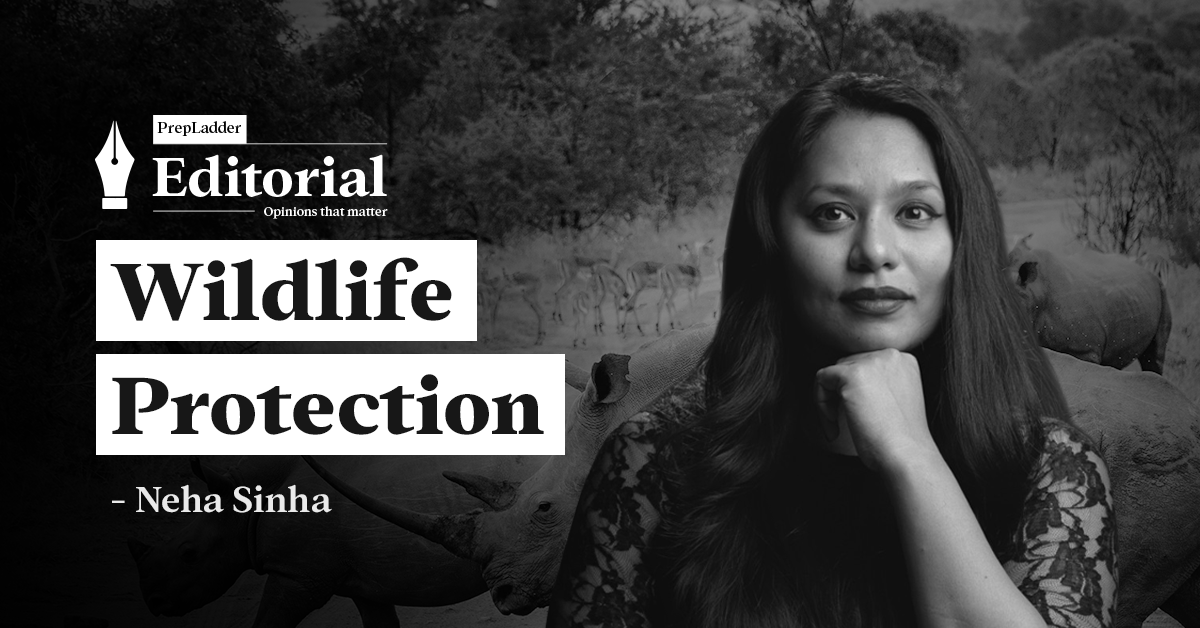 India is often identified as the land of the tiger. Despite its huge population pressure, India still has amazing wildlife, big and small, rare and common both. Amongst big cats, India has tigers (the tiger is an Asian species and India has about 70% of the world’s wild tiger population), lions, leopards and clouded leopards. India also has Indian elephants (India’s national heritage animal) and aquatic mammals like the Ganges River dolphin and Irrawaddy dolphin.

The main legislation for conserving wildlife in India is the Wildlife (Protection) Act of 1972 (WLPA 1972). Right after this Act, Project Tiger was introduced in 1973, which started a focused program to conserve tigers and create tiger reserves to protect tigers and other wildlife.

The WLPA prohibits the hunting of wild animals. Animals are divided into Schedules in the Act. There are four schedules with Schedule I being the highest levels of protection (for example, tiger, lion, elephant are in Schedule I.)

Animals in the Schedules cannot be hunted except under special circumstances.

The WLPA 1972 defines hunting as follows:

On Prohibition of hunting of Scheduled animals the WLPA 1972 says:

“No person shall hunt any wild animal specified in Schedules I, II, III and IV except as provided under section 11 and section 12..”

Under some conditions though, the animal may be hunted. The following are details for the same. The Act says: “the Chief Wild Life Warden may if he is satisfied that any wild animal specified in Schedule I has become dangerous to human life or is so disabled or diseased as to be beyond recovery, by Order in writing and stating the reasons, therefore, permit any person to hunt such animal or cause such animal to be hunted;

11 (b) the Chief Wild Life Warden or the authorised officer may if he is satisfied that any wild animal specified in Schedule II, Schedule III, or Schedule IV, has become dangerous to human life or to property (including standing crops on any land) or is so disabled or diseased as to be beyond recovery, by order in writing and stating the reasons therefor, permit any person to hunt 2 (2002-2016) has already identified species like the Great Indian Bustard, Bengal Florican, Dugong, the Manipur Brow Antlered Deer, over and above Asiatic Lion and Wild Buffalo as endangered species and hence we are, therefore, inclined to give a direction to the Government of India and the MoEF to take urgent steps for the preservation of those endangered species as well as to initiate recovery programmes.”

However, no exclusive Parliamentary legislation has been introduced for threatened species. In 2021, the government introduced a Bill to amend the WLPA 1972. In the 2021 bill, a ‘rationalisation’ of Schedules has been proposed. Schedules have been reduced to I and II as opposed to Schedule I- IV in the Principal Act. The Bill was introduced in Parliament without public discussion, which was criticized by the Opposition. It is now being considered by the Parliamentary Standing Committee on Science and Technology, Environment, Forests and Climate Change.

Since 1972, several new species have been discovered by scientists. These include birds, frogs, snakes et cetera. Environmentalists have pointed out that the Bill should cover all Indian species and thus it should be widely discussed amongst botanists, herpetologists, marine biologists etc.

The new Bill should also consider the directions of the Supreme Court in the 2013 order.