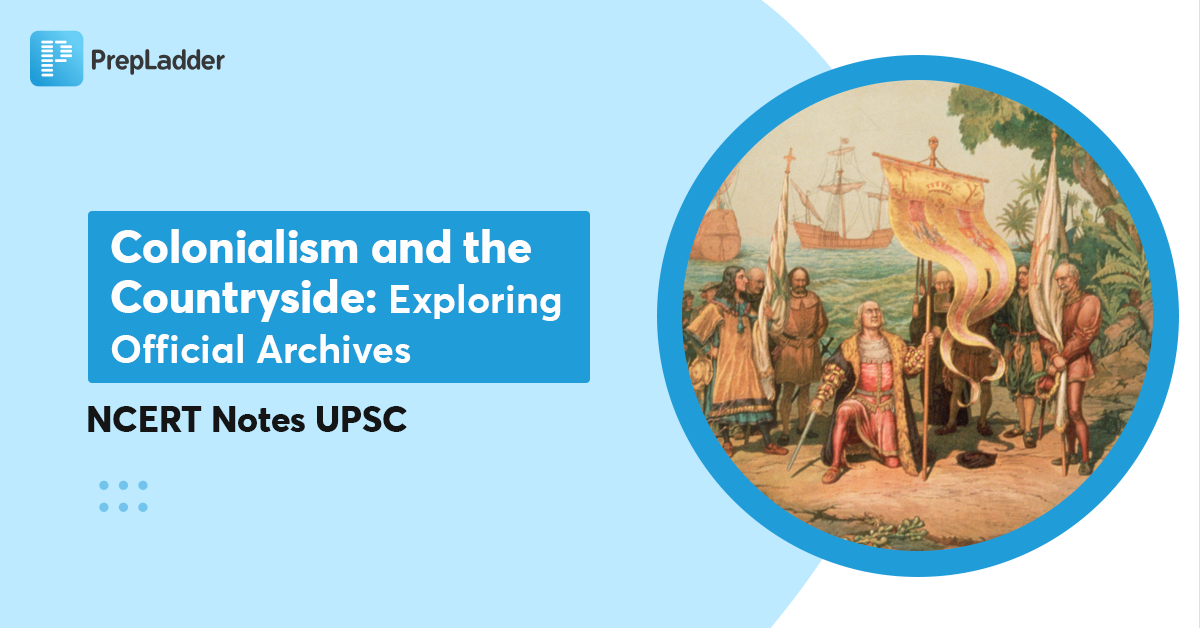 Colonialism is the policy or practice of acquiring full or partial political control over another country, occupying it with settlers, and exploiting it economically. Colonial rule was first established in Bengal. It is Bengal where the earliest attempts were made to reorder rural society and establish a new regime of land rights and a new revenue system.

Needless to say, Colonialism forms an integral part of the UPSC exam preparation and hence should be studied in depth while taking the UPSC coaching. Read this detailed article to understand the basics of Colonialism and to gain valuable insights on the topic.

Bengal and the Zamindars

The Idea Behind Permanent Settlement

Britishers had been facing problems in regularizing their flow of revenue collection from Bengal because of the recurrent famines and declining agricultural output during the 1770s.

Taluqdar: Literally means “one who holds a taluq” or a connection. Taluq came to refer to a territorial unit.

Reasons for Defaulting of Zamindars on Payments

Understanding History is now simpler with the guidance of India’s best faculty for History, Hemant Jha Sir. Watch his detailed video lecture on Features of Stupa Architecture to enhance your understanding :

Ways Adopted by the Zamindars to Escape the Auction of Estates

The authority of the zamindars in rural areas did not collapse at once until the Great Depression of the 1930s when they finally collapsed and the Jotedars consolidated their power in the countryside.

Report on the Administration of the Company

A report was submitted to the British Parliament in 1813 on on the administration and activities of the East India Company in India, often referred as the Fifth Report.

The Conflict Between Hoe (Paharias) and the Plough (Santhals)

When the peasant economy expanded, swallowing up pastures and forests, it created conflicts. As the Santhals were pouring into the area of Rajmahal hills, clearing forests, ploughing land; Paharias had to receded deeper into Rajmahal hills. Paharia life was symbolised by the hoe, which they used for shifting cultivation while the Santhals represent the plough.

Here’s another video on the Policy of Subordinate Union by Hemat Jha Sir. Watch it to give an extra edge to your UPSC coaching:

Santhals extended the frontiers of cultivation by displacing the hill folk, Paharias, who lived on these lower slopes. Unlike Paharias, Santhals, by contrast, gave up their earlier life of mobility and settled down, cultivating a range of commercial crops for the market, and dealing with traders and moneylenders.

A Revolt in the Countryside, The Bombay Deccan

One way of understanding the social condition of a region like countryside of Bombay deccan is by focusing on a peasant revolt and their resentments. One such revolt occurred in 1875 in the Deccan at Supa, a large village in Poona, on 12 May 1875.

Here are some useful links for UPSC CSE Preparation

Before the 1860s, three-fourths of raw cotton imports into Britain came from America. India was seen as a country that could supply cotton to Lancashire if the American supply dried up for eventuality.

Download the PrepLadder app to study from India’s top UPSC faculty and transform your UPSC CSE preparation from the Beginner level to the Advanced level. You can also join our Telegram channel for UPSC coaching and to stay updated with the latest information about the exam.