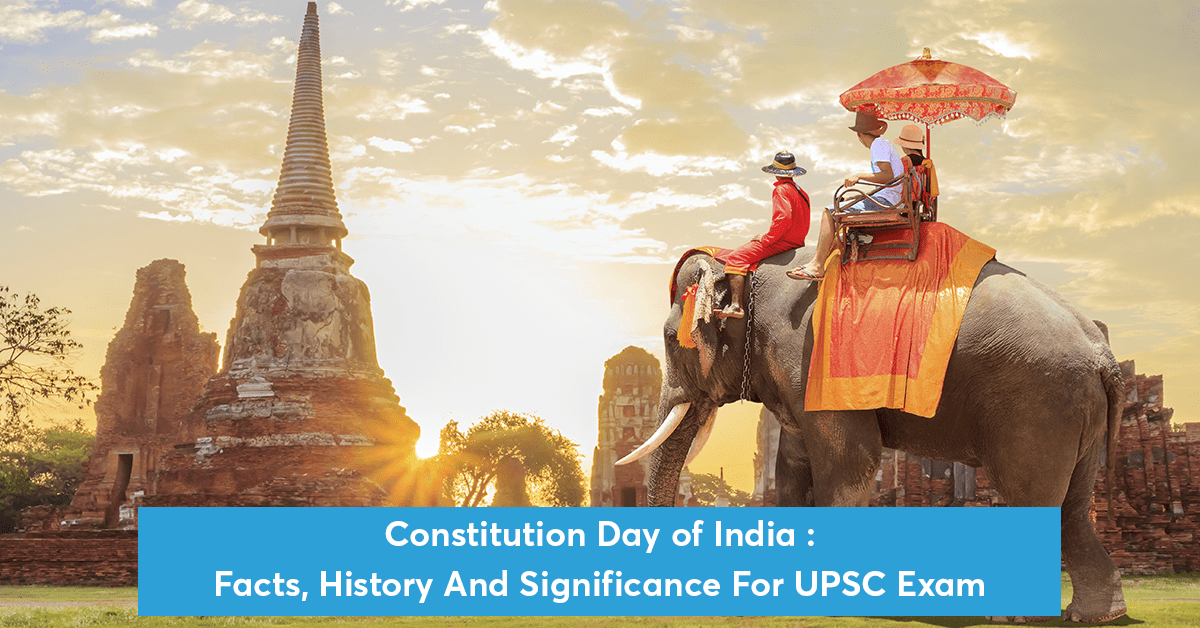 Today’s edition of our Current Affairs will comprise a discussion on Constitution Day of India : Facts, history and significance For UPSC Exam. Read further to upgrade your UPSC CSE knowledge and also understand the topic’s relevance to the UPSC syllabus.

For Prelims: POLITY AND GOVERNANCE

Recently at the 73rd Constitution Day celebrations in the Supreme Court, on 26th November 2022, the Indian Prime Minister launched various new initiatives under the e-court project.

Explain the relevance of initiatives taken by the Government to commemorate Constitution day. (150 words, 10 marks)

About the E-court Project

Must Know Articles for Indian Constitution

Framing of the Constitution

Significance of the Constitution of India

Significant facts of the Indian Constitution

The Constitution is a transformative document for a nation, thus it is required to be imbibed by the citizens. As the citizens of the world’s largest democracy, it is incumbent upon us to know the ethos and content of the Constitution so as to meaningfully lay a claim over, and actualize, the guaranteed rights in practice.