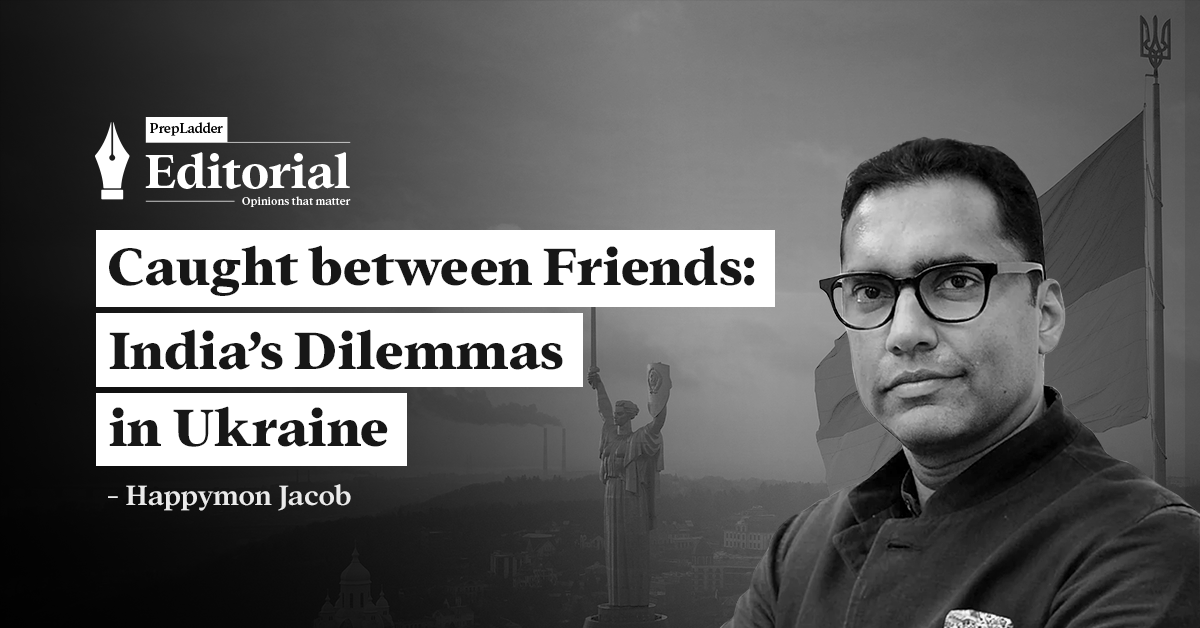 Military tensions between Russia and the United States (and the West) over Ukraine have the rest of the world on high alert. Russia has amassed more than a hundred thousand troops along its border with Ukraine. The US and the North Atlantic Treaty Organization (NATO) have placed their forces on high alert as well, and they have, at least so far, refused to accept Russia’s principal demand that Ukraine should never join NATO as a member.

And yet, a Russian invasion of Ukraine looks unlikely - doing so is going to be militarily messy for Russian President Vladimir Putin. It will neither be easy to manage a militarily conquered Ukrainian territory in the face of stiff local opposition nor will the Russian population be happy with the economic, and potential military, consequences of such an adventure. But if Vladimir Putin manages to push back NATO from the country’s borders, Putin’s fledgling popularity at home might once again revive.

As for US President Joe Biden, ‘standing up to’ Putin is precisely what he needs at this point of time to regain the reputation he lost when he withdrew from Afghanistan in August last year. It’s more complicated for the West, especially Germany whose energy supplies flow from neighbouring Russia, and even more complicated for Ukraine whose very sovereignty is at stake. For America’s NATO allies, this will show whether the Americans can be trusted going forward or not. Rest of the international community is also watching carefully, especially America’s East Asian partners, to judge the merit of American security commitments.

India is located far away from the flashpoint, and therefore, apart from the potential implications for the 20,000 Indian citizens living in Ukraine, the impact on India is going to be indirect. But that doesn’t mean it’s going to be any less consequential. India has so far played its cards with caution. At the UN Security Council vote on discussing the Ukraine crisis a week ago, India abstained along with Kenya and Gabon. For the longest time, New Delhi has refrained from speaking openly about the crisis. When it did so last week, it was a diplomatically ambiguous call for a “peaceful resolution of the situation”, South Block’s favourite line that we are very familiar with.

India’s ‘true feelings’ about the situation were perhaps more evident in 2014. When Russia invaded and subsequently annexed the Crimean Peninsula from Ukraine that year, the then National Security Advisor, Shiv Shankar Menon, had stated in his rather off-the-cuff remarks that “We are watching what is happening in Ukraine with concern... The broader issues of reconciling various interests involved and there are, after all, legitimate Russian and other interests involved and we hope those are discussed, negotiated and there is a satisfactory resolution to them.” His remarks were, however, somewhat qualified by the then Prime Minister Manmohan Singh who later on underlined India's position on the “unity and territorial integrity” of countries and hoped a diplomatic solution would be found to the issue. Dr Singh also hoped that all sides would exercise restraint and work together “constructively to find political and diplomatic solutions that protect the legitimate interests of all countries in the region and ensured long-term peace and stability in Europe and beyond.”

The subtle message was not lost though: India believes that Russia has legitimate security interests in the region. This appears to be the Indian official position even today since there has been no contradiction of the position taken by NSA Menon and PM Singh since. And yet, India’s subtle support for the Russian position has been precisely that, subtle, not emphatic. There are two reasons why India would find it hard to be emphatically vocal about it. For one, India in general is not a supporter of irredentism or secession. Supporting such moves by others could backfire on a country like India  dealing with multiple insurgencies at home. Secondly, Russia is a friend and has stood by India through ups and downs, but India is today closer to the US than in 2014, and more so after the Chinese aggression in 2020. So then the best policy option is not articulating one.

Consequences For Global Balance of Power

While the standoff may not lead to a military confrontation, it will most definitely have implications for the global balance of power. After Afghanistan, the US had pivoted to the Indo-Pacific to counter the growing threat from China, but the provocation from Putin will complicate American plans for China and the region. For the moment, it is Russia that is the ‘enemy’ for the US, not China. This helps China to pursue its interests in the region given that the global focus is elsewhere.

Secondly, the current standoff would enhance the Russia-China cooperation to challenge the US-led global order.  China and Russia are increasingly coordinating their geopolitical moves. Russian President Vladimir Putin visited China on Friday and met President Xi Jinping amidst the ongoing crisis in Ukraine. Earlier, they voted against the procedural vote in the UN Security Council on whether to discuss the Ukraine crisis.

On the other hand, however, there are other, not so evident, balance of power implications as well. For instance, the current crisis brings Russia right back to the global diplomatic high table making the country almost an equal to the US. Putin is just not yet willing to hand over its place on the global stage to Xi Jinping.

More so, the way it is resolved will have implications for China’s strategic behavior going forward. A diplomatic solution to the standoff, for instance, could bring about some sort of a great power rapprochement between the US and Russia – peace between Moscow and Washington DC could take some sting out of Beijing’s challenge to the US. Military hostilities, on the other hand, could sharpen the US-Russia divide and bring Russia closer to China.

Will India be able to balance its interests vis-à-vis Russia and the US?

Ever since the US withdrawal from Afghanistan in August 2021, India-Russia relations have been growing. India has also reached out to the Central Asian Republics. Russia today appears to be the lynchpin of India’s continental strategy.

However, India faces several difficulties when it comes to balancing its relationship between Russia and the US. So far, it has managed to balance its closer alignment with the US in the Indo-Pacific while maintaining close security and defense ties with Russia in Central Asia and Afghanistan. If relations worsen between the US and Russia over Ukraine, India’s ability to keep US-Russia tensions from straining its relations with the US will start diminishing. If India is forced to make a choice between Moscow and Washington, it would put the government in a tight spot as doing so is neither going to be easy nor wise.

But then managing such contradictions is indeed the stuff of diplomacy. India would need to convince the US that India’s partnership with Russia in the region vacated by the US would have positive implications in the region precisely because it would check China’s ascendence in the region, among others. But for now, New Delhi is carefully watching the military build-up hoping for a diplomatic solution.