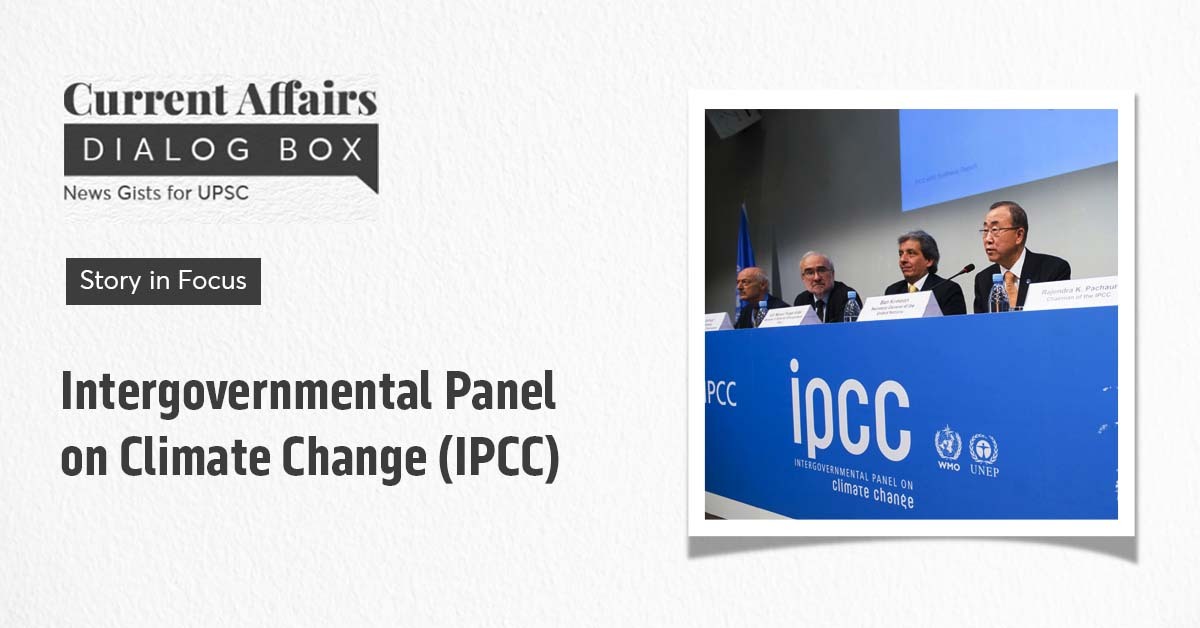 The Intergovernmental Panel on Climate Change (IPCC) is the United Nations body for assessing the science related to climate change. This is an essential topic of UPSC exam preparation and we will be talking about it in today's edition of Current Affairs Dialog Box. Its relevance from the CSE syllabus is mentioned below:

Mains:  Findings of IPCC Report and its significance.

The IPCC, a global body of scientists that makes periodic reviews of climate science, released the second part of its sixth assessment report titled “Impacts, Adaptation, and Vulnerability”.

The Concept of ‘Common but Differentiated Responsibilities' has not yielded desired results to tackle climate change. Critically Analyze

Also read: New IPCC Climate Report: What is in it for India?