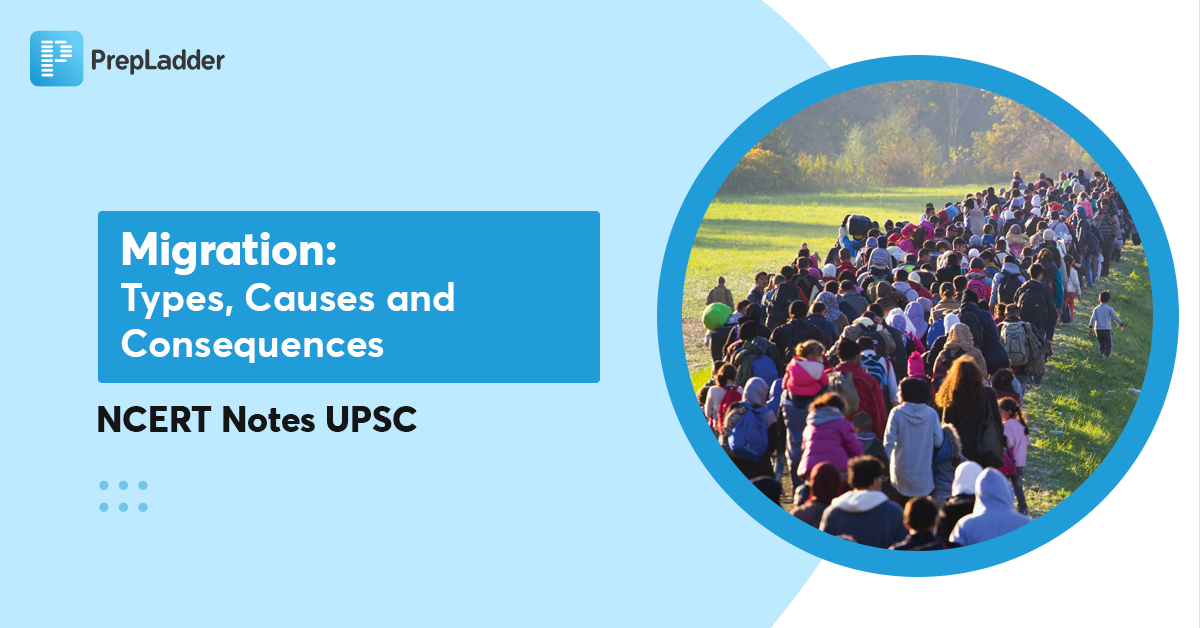 Migration has been an integral part and a very important factor in redistributing population over time and space.

The history of India is a history of waves of migrants coming and settling one after another in different parts of the country.

Read this article to get detailed information and valuable insights on the crucial topic Migration: Types, Causes and Consequences ,that should be studied thoroughly during the UPSC exam preparation.

The Census of India gives information about migration in the country.

Also Read: How to Prepare for History?

Basis of Enumeration of Migration in Census of India

Streams under the Internal Migration

Push factor: They cause people to leave their place of residence or origin.

Migration is a response to the uneven distribution of opportunities over space. Migration creates both benefits and problems for the areas, people migrate from and migrate to.

Are you preparing for the UPSC CSE 2023 examination? Do you want to check your IAS exam preparation status and see where you stand among other competitors? If you have answered yes to these questions, then PrepLadder’s Grand IAS Scholarship test is what you need to attempt. Compete with thousands of students on the All India level and win assured scholarships. Register now!

Download the PrepLadder app to study from India’s top UPSC faculty and transform your UPSC CSE preparation from the Beginner level to the Advanced level. You can also join our Telegram channel to stay updated with the latest information about the exam.