India Moves to Save the Dolphin: National Dolphin Day 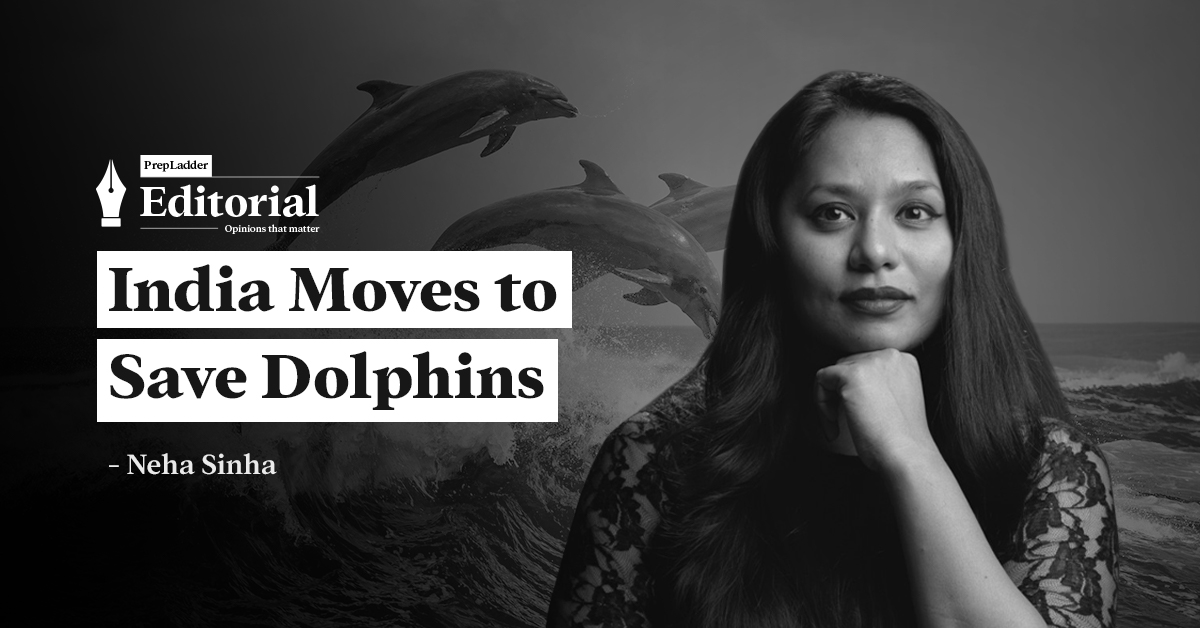 India’s National Aquatic Animal is a mammal that lives in water – the dolphin. India has the Indus dolphin, the Ganges river dolphin, and the Irrawaddy dolphin (which lives in brackish water in Eastern India). Of these three, the Ganges river dolphin – an endangered species found mainly in Ganga and tributaries – was designated the National Aquatic Animal in 2009.

The idea at the time of designation was to use dolphin conservation as a means of cleaning the polluted Ganga river and its tributaries. Now, the Ministry of Environment, Forests and Climate Change has gone a step further and declared October 5 as Dolphin day. The purpose? To bring attention to the needs of the animal.

In a statement, the Ministry said: “Healthy aquatic ecosystems help in maintaining the overall health of the Planet. Dolphins act as ideal ecological indicators of a healthy aquatic ecosystem and conservation of the dolphins will, therefore, benefit the survival of the species and also, the people dependent on the aquatic system for their livelihood. The ministry has been taking up several activities for the protection and conservation of Dolphins and its habitats. Considering that generating awareness amongst the people on the benefits of conservation of dolphins and participation of people in conservation efforts is imperative, the standing committee recommended that every year 5th of October shall be celebrated as National Dolphin Day.”

This decision was taken in the 67th meeting of the Standing Committee of the National Board for Wildlife. Environment Minister Bhupender Yadav later said generating awareness and community participation was integral for the conservation of the dolphin, an indicator species.

In order to save dolphins, it is important to keep river water unpolluted and flowing, and also ensure connectivity between rivers and tributaries. In this regard, it is relevant to keep the dolphin in mind while planning any policy or legislation that impacts rivers.

In 2020, a draft notification for the Environment Impact Assessment was introduced. It said:

‘Dredging and de-silting of dams, reservoirs, weirs, barrages, river, and canals for the purpose of their maintenance, upkeep and disaster management’ does not require impact assessment.

This should be reconsidered as river dredging can have serious impact not only on wildlife population of species such as dolphins and fish, but also impact fish productivity. The National Waterways Act 2015 is in operation in India currently. This Act makes navigable channels on rivers through dredging. For this, dredging and construction is underway, which researchers have found disturb dolphins. All projects in respect of inland waterways has been put under category B2 in the draft EIA. However this does not cover all dredging that will take place.

It would be beneficial if the wording be reconfigured, and dredging in freshwater biodiversity hotspots and PAs be included in category A.

In 2013, the Central Zoo Authority banned dolphinariums (facilities for keeping dolphins in captivity). The authority made this decision as according to them, dolphins are ‘unusually intelligent’ and confining them was ‘morally unacceptable’. The Authority went one step forward and said dolphins should be considered as non-human persons. It also said: ‘cetaceans in general do not survive well in captivity. confinement in captivity can seriously compromise their welfare and cause distress.’

The idea behind this circular was to emphasise the sensitive nature of the dolphin, and the fact that they need a natural environment to survive.

With the declaration of National Dolphin day, India has created a symbol to conserve the dolphin. Now, it must follow up by integrating symbol with regulations and conservation policies for riverine, estuarine and brackish water systems which dolphins inhabit.

Bird Flu and The Challenge it Poses in a Warming World