Procedure for Suspension of Members of Parliament- UPSC Current Affairs 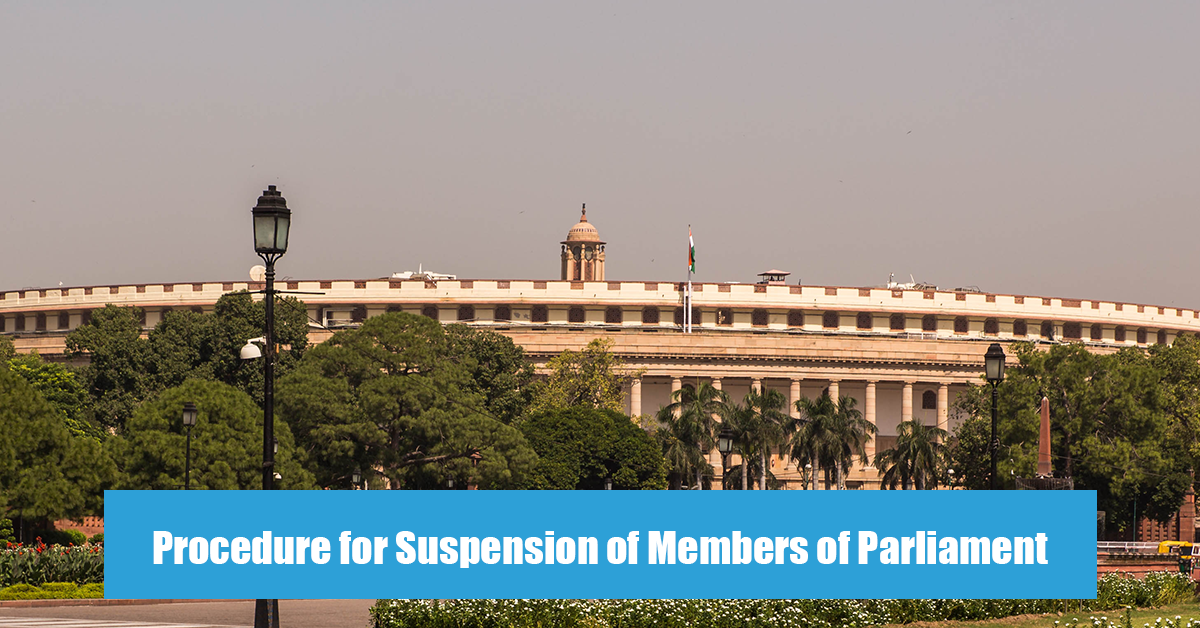 It's time to upgrade your UPSC CSE knowledge with our daily dose of Current Affairs. In today's edition, we will talk about the Procedure for Suspension of Members of Parliament.

Read further to understand the topic's relevance to the UPSC CSE syllabus.

For Prelims: The Rules of Procedure and Conduct of Business, Suspension of MPs

For Mains: The Rules of Procedure and Conduct of Business, Suspension of MPs

Read yesterday's edition of Current Affairs on Tribals' Contribution to the Freedom Struggle of India, in case you missed reading it.

Due to restrictions imposed by various laws and tools, the Members of the Parliament are not able to perform their functions effectively. Critically comment.

Recently, Nineteen opposition members were suspended from Rajya Sabha for a week for “unruly behavior”.

About Suspension from Parliament

It is the role and duty of the Presiding Officer, Speaker in Lok Sabha, and Chairman in Rajya Sabha, to maintain order so that the House can function smoothly, thus to ensure it several rules are prescribed, such as under The Rules of Procedure and Conduct of Business:

Termination in Case of Rajya Sabha: Under the General Rules of Procedure of the Rajya Sabha

Suspension of the members of the legislative houses are often criticized as well as supported by those in power and those in opposition. Order and discipline in the house is important for efficient functioning of the house, however tools designed to ensure discipline and order shall not be used to curb the dissent and healthy debates in the public interest.

Watch a related video on Indian Constitution by M.Puri Sir, our faculty for Polity, and enhance your UPSC exam preparation.