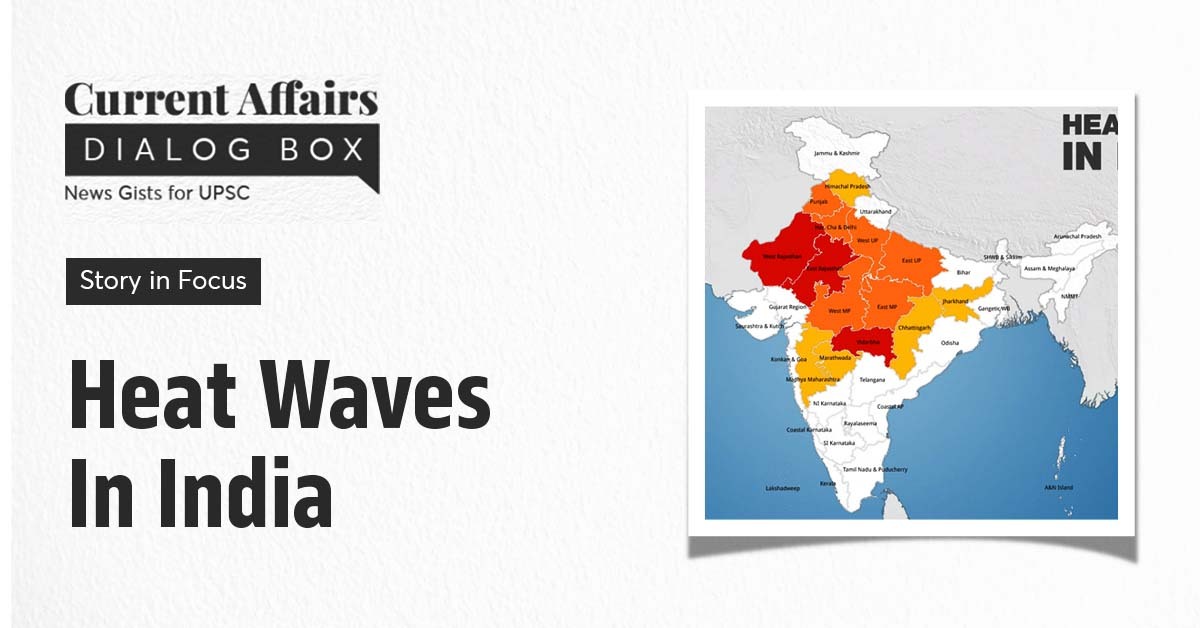 Here's our today's edition of the Current Affairs Dialog box wherein we will throw light on the ongoing Heatwaves in India. Navigate through the blog to know more about the topic and upgrade your IAS Preparation with useful insights.

For Prelims: General issues on Environmental ecology, Biodiversity and Climate Change - that do not require subject specialization.

As per the India Meteorological Department (IMD) estimates, the month of April 2022 was the hottest in northwest India in 122 years.

Examine the anthropogenic causes responsible for the rise in the frequency of heatwaves in India.

How are Heat Waves defined?

Enhance your UPSC CSE preparation for Geography with a detailed video lecture on Humidity and Absolute Humidity by Himanshu Sharma Sir, our faculty for Geography:

Strategy to Deal with Heatwaves