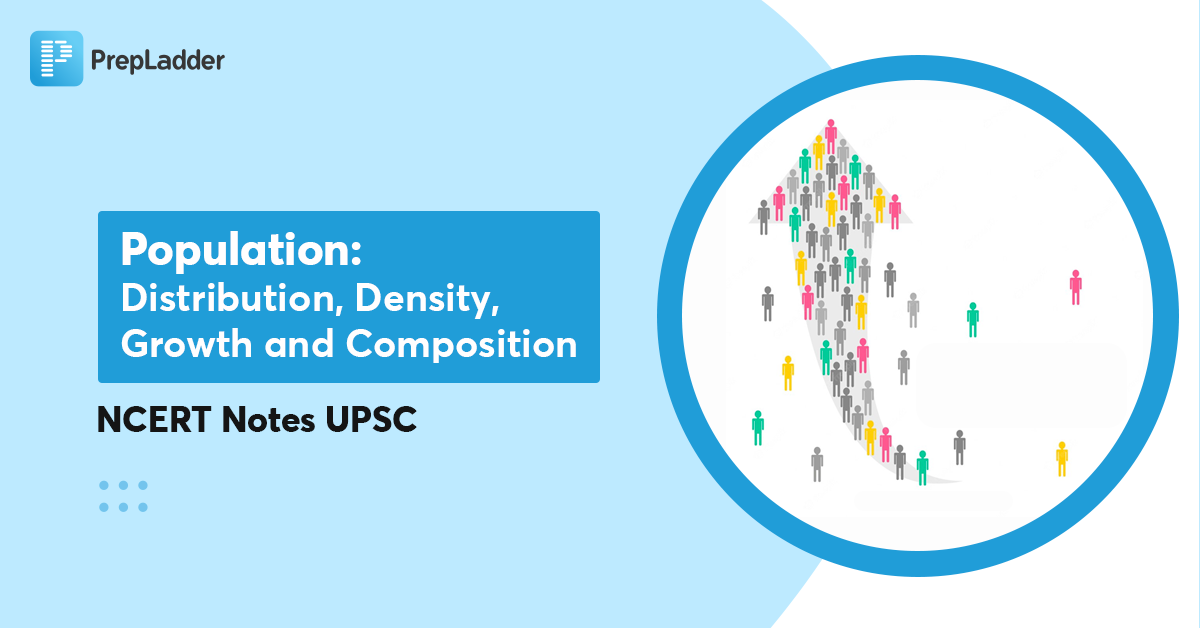 The topic Population- Distribution, Density, Growth, and Composition, is an indispensable part of the UPSC exam preparation. Candidates preparing for the upcoming IAS exam must refer to this detailed article for all the important facts and information pertaining to the topic.

India has a highly uneven pattern of population distribution:

Evolution of settled agriculture and agricultural development; the pattern of human settlement; development of transport network, industrialisation, and urbanisation.

It is expressed as number of persons per unit area. It helps in getting a better understanding of the spatial distribution of population in relation to land.

Also read the PrepLadder editorial on New IPCC Climate Report: What is in it for India? by noted author and columnist, Neha Sinha and enhance your UPSC CSE preparation.

The growth rate of population is, however, still high in the country, and it has been projected by World Development Report that the population of India will touch 1,350 million by 2025.

The growth rate of population during 1991- 2001 in the Indian States and UTs gives the following information.

The Indian government has undertaken certain policies to impart proper education to adolescents:

Enhance your UPSC CSE preparation with these important articles related to different topics.

It is a distinct field of study within-population geography with a vast coverage of analysis of age and sex, place of residence, ethnic characteristics, tribes, language, religion, etc.

The population of India according to their economic status is divided into three groups, namely, main workers, marginal workers, and non-workers.

The number of female workers is relatively high in the primary sector, though in recent years there has been some improvement in the work participation of women in secondary and tertiary sectors.