Indian Constitution: Why and How? - NCERT Notes UPSC 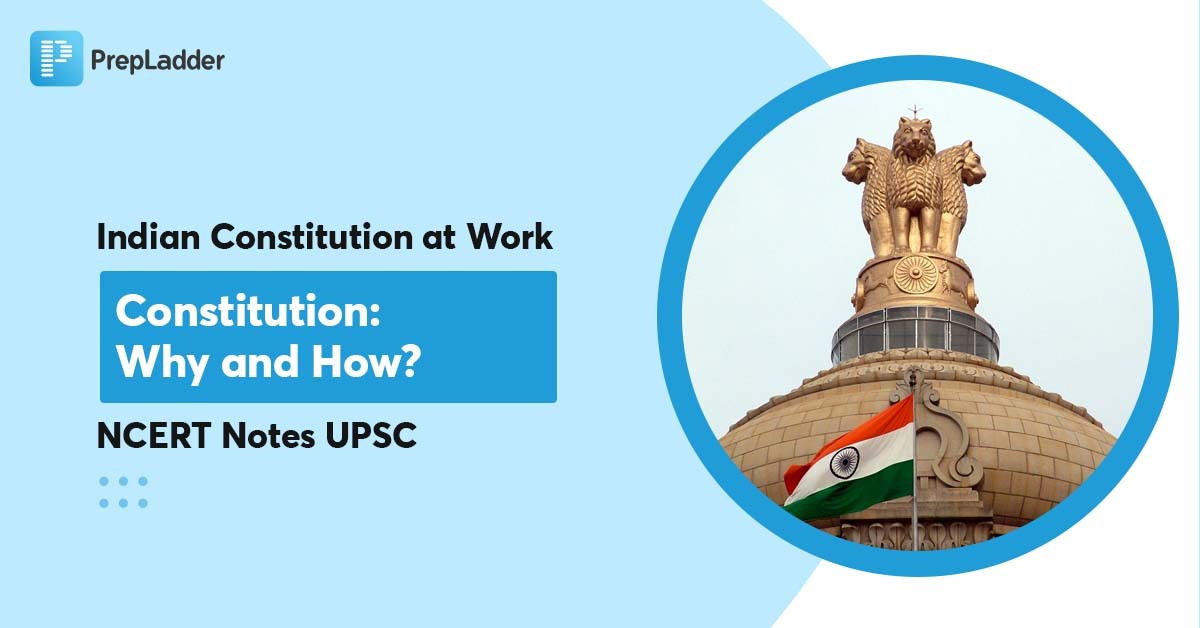 It is necessary to understand that the entire structure of the government and the various principles that bind the institutions of government have their origin in the Constitution of India. Hence, it becomes extremely crucial to study Indian Constitution in-depth during the UPSC Preparation.

Constitution allows coordination and assurance: It provides a set of basic rules that allow for minimal coordination amongst members of society.

Specification of decision-making powers: It specifies who has the power to make decisions in society and decides how the government will be constituted.

Limitations on the Powers of Government

Aspirations and Goals of a Society

It enables the government to fulfil the aspirations of a society and create conditions for a just society.

The Fundamental Identity of People

Understand the basics of the Constitution by M.Puri Sir, our faculty for Polity, IR, and Governance and ace your UPSC exam preparation:

The Authority of a Constitution

Factors Responsible for Effectiveness of Constitution

Substantive Provisions of a Constitution

Also, read How to Prepare Indian Polity for UPSC Prelims

Composition of the Constituent Assembly

The Principle of Deliberation

Inheritance of the Nationalist Movement