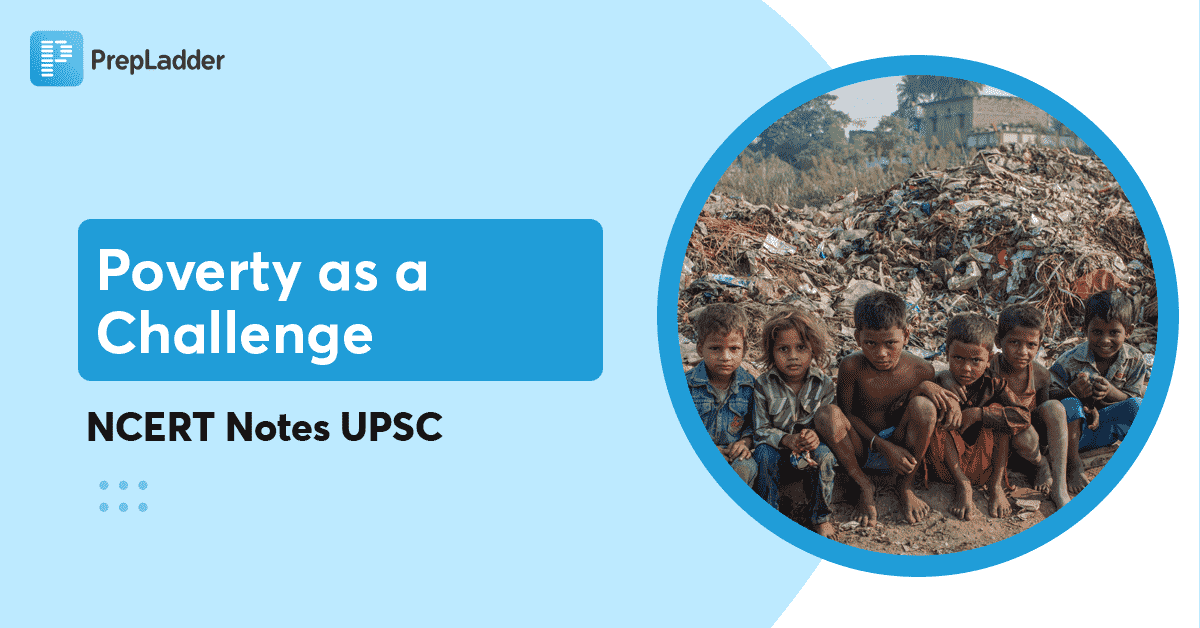 Roughly 270 million (or 27 crore) people in India live in poverty (2011-12). This also means that India has the largest single concentration of the poor in the world. This illustrates the seriousness of the challenge.

Apart from being poor, poverty also has various other dimensions like hunger, lack of shelter, and inability to access education, healthcare, clean water and sanitation. Above all, it means living with a sense of helplessness.

Let’s equip your knowledge with this detailed article on Poverty. Read further to enhance your UPSC preparation and upgrade your preparation for the upcoming UPSC Mains 2022 exam.

Social scientists’ view of poverty based on social exclusion and vulnerability is now becoming very common, now poverty is looked through other social indicators like

The proportion of people in different countries living in extreme economic poverty has fallen from 36 per cent in 1990 to 10 per cent in 2015.

Distribution of Poverty in India

Causes of Poverty in India

Also, watch a related video on the topic The Basic Questions Faced by Every Economy by Vivek Singh Sir, our Faculty for Economy:

The current anti-poverty strategy of the government is based broadly on two planks:

Therefore, the major emphasis in recent years is on proper monitoring of all the poverty alleviation programmes.

Poverty has certainly declined in India. But despite the progress, poverty reduction remains India’s most compelling challenge.

In a nutshell, poverty reduction is expected to make better progress on the back of higher economic and infrastructural growth, however with this growth the definition of what constitutes poverty will also change, and our success will lie in evolving and implementing corrective measures in line with this moving target of poverty reduction.

For more crucial information and articles like this, download the PrepLadder app to study from India’s top UPSC faculty and transform your UPSC CSE preparation from the Beginner level to the Advanced level.