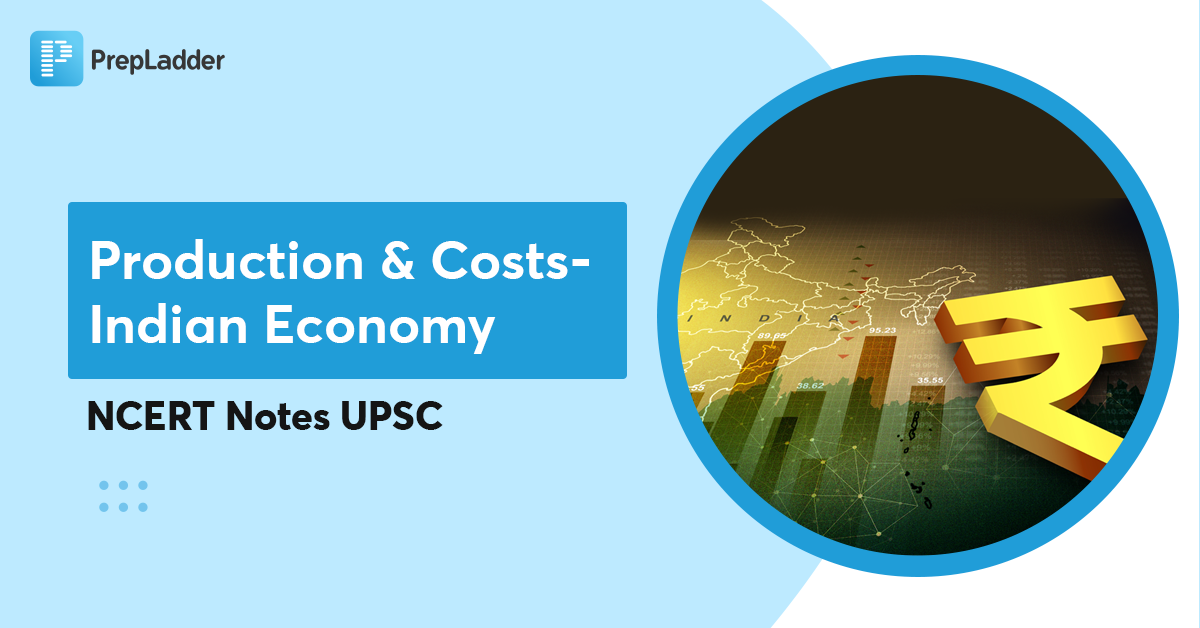 Production is the process by which inputs are transformed into ‘output’. Production is carried out by producers or firms. A firm uses different factors of production (inputs) such as land, labour, machines, raw materials etc. to produce output. This output can be consumed by consumers or used by other firms for further production.

However, to acquire inputs a firm has to pay for them. This is called the cost of production. Once output has been produced, the firm sell it in the market and earns revenue. The difference between the revenue and cost is called the firm’s profit.

Navigate through the blog to understand the topic in detail and enhance your UPSC CSE preparation.

Also, watch a related video on The Macroeconomics Parameters by Vivek Singh Sir, our Economy faculty, and upgrade your UPSC Mains 2022 preparation:

Total Product (TP): It is a relationship between the variable input and output.  Total product is the output received at a particular level of the Variable Input, keeping all other factors constant.

Beyond a certain point, the production process becomes too crowded with the variable input and further effectiveness can only be attained by enhancing the fixed input.  However, this is a Short Run concept as in the Long Run all the factors are Variable.

Cost is the monetary value of all the expenditures for raw materials, equipment, labours, etc. required to produce goods and services. For every level of output, the firm chooses the least cost input combination in order to achieve price competitiveness and to maximise profit.

Thus, the cost function describes the least cost of producing each level of output given prices of factors of production and technology.