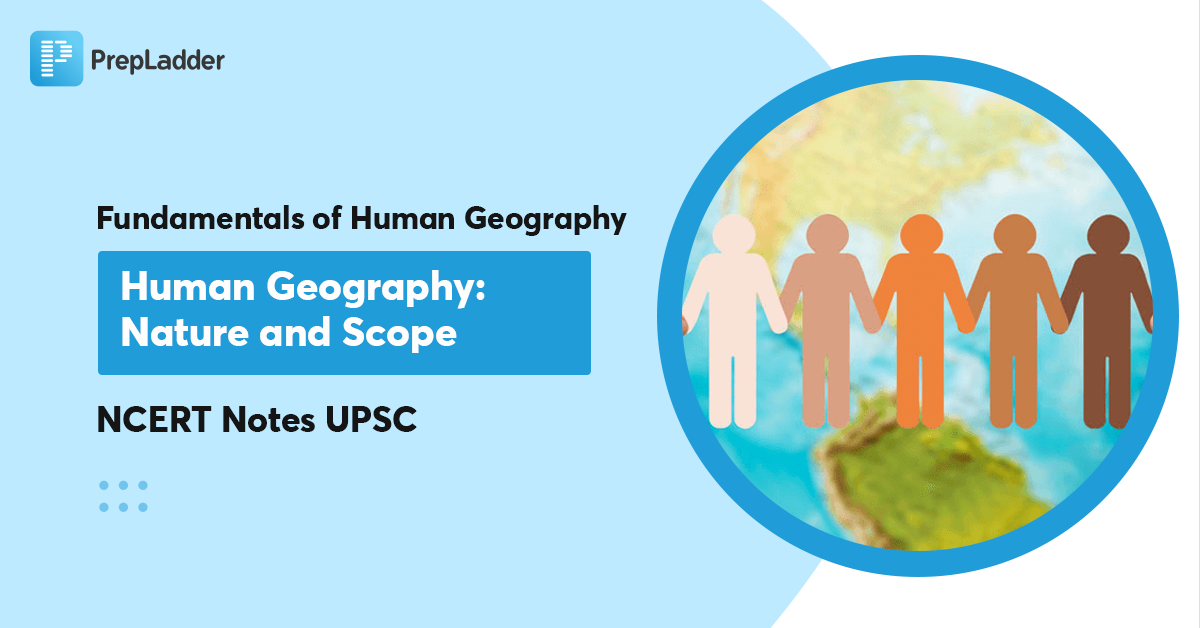 Human geography studies “the relationship between the physical/natural and the human worlds, the spatial distributions of human phenomena and how they come about, the social and economic differences between different parts of the world”.

One of the crucial topics of Geography, Nature and Scope of Human Geography should be studied in detail during the UPSC exam preparation. This article will navigate you through all the essential aspects and concepts of Human Geography.

Naturalisation of Humans and Humanisation of Nature

Evolution and Nature of Human Geography

The process of adaptation, adjustment with and modification of the environment started with the appearance of human beings over the surface of the earth in different ecological niches.

Keep your UPSC preparation up to date with the best magazines for UPSC CSE preparation.

Land Resources and Agriculture of India

Tips and Tricks to Prepare for Geography

Also watch a detailed video on Concept of Humidity and Absolute Humidity for Geography by Himanshu Sharma Sir:

Do you want to evaluate your preparation for the UPSC IAS 2023 examination? Effectively preparing for the UPSC Civil Services examination is considered as one of the most challenging tasks by UPSC aspirants. The reason being, the vast sea of syllabus that has to be covered in a limited time. While it is important to prepare, it is equally important to timely evaluate your performance.

FAQ's about Nature and Scope of Human Geography

What is the scope of Human Geography?

Human Geography has a vast scope. Students can go on to have popular careers, including academics, researchers, cartographers, environmental consultants, urban planners, tourism officers, GIS specialists and demographers, among others.

What is the nature of Human Geography?

Human Geography studies the inter-relationship between the physical environment and the human environment when both interact with each other.

What is Human Geography?

Human Geography or anthropogeography is the study of the relationship between people, place and environment.

What is the humanisation of nature?

Humanisation of nature is when Man employs labour to re-direct natural energy and natural systems to achieve a social end.